Neosho R-5 School Board President: There was no trickery with our lovely new junior high 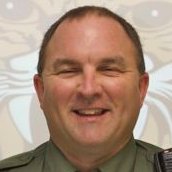 Neosho R-5 officials scrambled this morning to decide how to respond to allegations made in a Turner Report post Thursday night, which addressed information that state auditors are examining as they discuss the possibility of launching a full-scale investigation into the district.

The district's public relations initiative is now in full force, including an e-mail sent to district employees and a message posted on Board President Steve Douglas' Facebook page saying that anyone who says he has engaged in "trickery" is a liar.

"To my knowledge, there is no government project within 50 miles of Neosho- within the last five years- that has been so transparent. We have shared every e-mail, every bill, every piece of the project."

The text of Douglas' message is printed below:

As many of you know, much has been said on social media about the Neosho School Bond; which was passed to provide our lovely new Junior High. For reasons unknown, some individuals have chosen to spread lies, half truths, and make misrepresentations.

I would like to provide you with a copy of the power point presentation presented in a public meeting, where any question was allowed and taken from the audience, in early November 2017.

Further, I would like you to know, there have been several Sunshine Law Requests filed to seek documents about this project. It was within the policy of the School District to charge a fee for access to these documents, but we realized this would be too expensive for some people. We also knew some would accuse us of covering up "some issue". To my knowledge, there is no Government Project within 50 miles of Neosho - within the last 5 years - that has been so transparent. We have shared every e-mail, every bill, every piece of the project.

Those claiming a cover up - or worse - those claiming that I personally have engaged in "trickery" to control decisions made by the School Board, are lying at best and defaming my character at worst. Truth is, when factual information was presented - about any issue - it was shared with the entire Board. No one person controls our Board. Decisions are made by binding votes of the entire body. Our Board does not control "day to day" decisions of the School District.

How many of you have attended a School Board Meeting in the last 8 months? Please, come visit. Listen to the debate - it is lively at times - see that every person involved has the best interest of the community at heart. We do not always agree! Far from it, but each person is there for what they truly believe to be the right reason...making Neosho better for Kids and all of us.

I want to leave you with this...my cell phone number is 417.592.4357. I will gladly speak to any of you and answer your questions about this project. I am here to serve you and the people of Neosho. My only "motive" is to make Neosho's School District the best. We are not there, yet. But, we are working towards this lofty goal everyday.

"The truth is incontrovertible. Malice may attack it, ignorance may deride it, but in the end, there it is."~~~ Winston Churchill

We all need to ask ourselves, "What type of school board do we want?". Do we want to have a board that intimidates employees, betrays the public trust, and scurries like a cockroach the moment trouble happens?

Spare us the victim speech. Pompous-holier-than-thou-bullies have no business serving the public trust. Resign, or bring down the institution with you.

Young professionals need to start running for things or this old boy system will ruin our competitiveness.

Saying scrambled shows a lack of unbiased reporting on this subject. Emotion words such as that should set off alarm bells for any reader.

So is this one of those non denial denials?

Specifically with respect to those change orders and the proper approvals and accounting and budgeting and payment for the same?

Didn't mention approvals for the change orders, did he. Nor why the entire finance department was sacked, our why the guy he wanted OUT of financial matters was just rehired as a consultant on financial issues.

Mr. Douglas, I want to believe you are a man of integrity. I also believe you to be a man who readily holds others accountable and responsible for mistakes. Although maybe not your or the boards' intention, it appears mistakes have been made. Should Mr. Decker or the Board Members be held responsible for those mistakes? Even people with integrity make mistakes, but when a mistake is made changing the spin or willing it to go away doesn't make it different. During your tenure on the board, I have watched you willing hold difficult conversations with opponents and be a champion for the district. In this case sir, I'm afraid you have backed the wrong horse as those who have been let go, ignored, silenced were by my estimation acting with ethics and integrity. Those you have chosen over them, acted to save their own jobs and protect the image. It is an unfortunate circumstance you now find yourself in...do you continue to point fingers or do you take responsibility? I guess time will tell.

Also speaking loudly is how the public found out this deal even existed.

Here's another qyuestion...does the number $150,000 EVER appear in the board minutes the public has access to?

Especially since I have messages explaining by the same school board why we as a community could not raise donations for said school . There's a while list of why money cannot be given explained by Mr Douglas to me .Before the school was built.