Stacey Newman on guns: None of us are safe anywhere 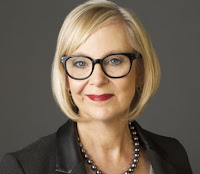 Eighteen years ago our 7-year-old daughter went on national television to talk about kids and guns – why she did not want them in her grade school. I knew nothing about gun policy but as a first grader, she did.

Her eloquence as a little kid woke me. As a family, we lobbied together against legalizing concealed weapons, working closely with Governor Holden for three years – and eventually I ran for the state legislature with gun violence my primary platform.

Our daughter is now a middle school counselor. Her tasks include potential crisis intervention, possibly involving firearms in her school. Counselors and principals across the country have dealt with this, even losing their lives. Her generation has intimately known gun violence their entire life, something we adults cannot fully grasp. None of us are safe anywhere – not at school, work, theatres, on the streets and especially not at home.

As a parent and a legislator, I have failed her and every other child. Even though I have filed common sense bills of which the majority of Missourians want, I have failed to even get public hearings. I also haven’t been able to stop the yearly onslaught of new gun laws, allowing almost anyone to purchase any amount of guns and ammunition they desire.

HB1342 - Prohibits transfers or sale of ammunition to minors

Like the majority of you, I am horrified at the news of each major mass shooting. I first remember being glued to the television watching the aftermath of the Columbine High School shooting and then the Jewish Community Center shooting in Los Angeles in 1999. I am now close friends with the parents of the JCC victims who survived.

The rest of the high profile shootings are a blur until the Sandy Hook massacre made my knees buckle. I’m close friends now with people from Newtown CT. Then Aurora CO (more friends), Tucson AZ Safeway (more friends), more blurs, Orlando, Las Vegas and last week, Parkland, FL. We don’t pay attention to the domestic violence or toddler shootings or violence in our backyards because the headlines pile up. We have forgotten about our state auditor (my constituent and friend) who shot and killed himself at home because in his dark depression, the loaded gun was in his desk drawer.

Everyone asks, “What can we do? When will the violence end?”

My answer isn’t pretty. I say when it strikes close to home, particularly in the communities of our gun lobby legislators and local electeds. It makes me nervous to say that out loud because invariably, another high profile shooting happens.

Writing this today, there has already been 2021 gun deaths and 3473 gun injuries so far in 2018, 462 of those are kids (gunviolencearchive.org). My partner Beth and I track unintentional gun deaths and injuries of kids under 17 years old daily throughout the country (childrensfirearmsafetyalliance.org). We catalogue every incident we find but some days I just can’t.

This past weekend I hosted a major reproductive rights event in St. Louis with 350 registrants featuring Lizz Winstead, the co-creator of the Daily Show. I had a zillion details in preparation. Last Wednesday, sitting at my floor desk during session, the news of another high school shooting exploded on my Twitter feed. I had no time for this.

Like my gun violence activist and survivor friends throughout the country, my first instinct was “this is not happening." But it was.

I was pulled off the floor by a local TV crew to give my response. I did not mince words but was aghast when the reporter asked me about “gun rights." The final fatality count wasn’t known or that teachers were among the dead or what students were texting to their parents as they hid in closets or flattened on classroom floors. “Gun rights”, really?

I spent my Sunday at home doing laundry and paying bills while nursing a cold and brainstorming what more I could do. Yelling about my colleagues votes hasn't worked. Those grieving kids, the social media postings of horrors they saw and the efforts of the Heroes tormented me.

I failed my daughter’s generation. I was very sad.

And then high schoolers from various schools started messaging me.
Posted by Randy at 6:15 PM