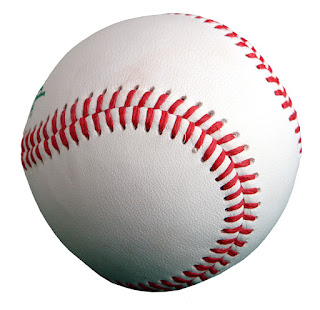 While it is uncertain what could possibly be an embarrassment to city officials who thought Wallace Bajjali was a fine, upstanding business, under the City of Joplin's proposed contract with a new independent baseball team, the city is making a stand for its honor.

Joplin City Council is scheduled to make a decision on the contract when it meets 6 p.m. Monday at City Hall.

Joplin Sports Entertainment (JSE), the name of the corporation that will own the new ball team, has to retain the historic name of Joe Becker Stadium, according to the terms of the contract, but it can sell the naming rights to "the field" and split the money with the city.

It can also sell naming rights to anything else with the same financial arrangement.


But the businesses that will be represented must be of stellar reputation. The city has the right to disapprove anything in bad taste, offensive to the city's image "or a source of embarrassment to the city."

The contract stipulates that airlines, sporting goods, apparel or soft drink companies are automatically approved, which should bring a sigh of relief from the airline officials who have been lining up to slap their names on Joplin facilities.

JSE will have to seek approval for any alcohol and tobacco companies that want to buy naming rights, indicating that these are not automatically placed on the "embarrassment to the city" list.


If JSE has any outside activities, the city receives 75 cents for each ticket of $4 or above. That does not apply to Joplin Sports Authority activities, Joplin Outlaws games, or youth baseball activities.

The city maintains the right to evict JSE if it ever convinces a team affiliated with a major league franchise to come to Joplin, according to the contract.

The contract makes no mention of what will be done if anyone suggests creating a Blasters Hall of Fame.
Posted by Randy at 5:09 PM

In the words of Charlie Brown... AAAAAARRRRGH! When will people learn?

Affiliated baseball is almost certainly never returning to Joplin. The leagues with cities of Joplin's size are too far away. The closest leagues feature much bigger cities. The sooner everyone stops thinking about affiliated ball, the better.

As to naming rights, isn't that one of the ways the school district wanted to pay for its "might as well" spending? How's that working out?

Great article written about a group of idiots who simply don't understand that Joplin will not support this.

I love the 2 zingers:
Airlines waiting in line to put their name on the Stadium
Suggesting a Blaster Hall of Fame

Randy - I love the humor that you have added!!!!

I suggest a GoFundMe campaign to buy the naming rights and name it after Randy.

I suggest a City Manager and a City Council who have a clue. The current ones have zero business making any decision regarding our city. Incompetent bafoons.

What about the brilliant idea to catapult Joplin into the publicity and news cycle by making the airport an International Airport complete with customs and duty free shops?

Whose idea was that?

Joplin would probably hire a consulting firm named Ben Dover and Associates to help themselves spend the taxpayers money!

I've brought this up before, but a simple look at existing leagues shows you that the odds are slim to none for an affiliated team to come here. Joplin would get, at best, a single a team. The closest league, the midwest league, is not really close enough to be reasonable. Joplin actually had a reasonably close ratio of population to attendance when compared to the three closest Texas League teams, and in fact, that is impressive considering there are three real options within 2 hours.

Major League Baseball in Joplin
Bahahahaha!
That made me laugh
Maybe the City Planners are smoking at those meetings