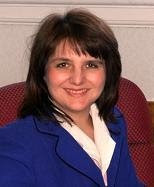 In her latest capital report, Rep. Cynthia Davis, R-O-Fallon, explains why pro-life legislation faltered during the 2009 legislative session. In her report, she offers the statement that "64 percent of all women who obtain abortions didn't want one. They were either threatened, were misinformed, or didn't know there were any other options available."

Now I have always been pro-life, but I am curious as to where these statistics come from and no source is cited in Mrs. Davis' report. Here is the complete report:

Some people say we should be satisfied in life with half-a-loaf. But when the issue itself is protecting innocent life, it is ludicrous to ask if we would mind compromising our basic core values. Yet that is exactly what some members of the Missouri Senate asked their colleagues in the Missouri House to do in their rush to reach an “accommodation” with Planned Parenthood and other anti-life advocates.

Have you ever purchased a car from a dealer? After doing our research, finding just the right car, feeling the optimism and the hope of trading up, we put down a deposit and made arrangements to pick up the new one. When the day arrived we discovered the car was in an accident. Someone took it out for a test drive and damaged it. How would you feel if the dealer said you are still forced to buy it? That is what happened to the Pro-Life bill this year. It was damaged and no longer acceptable. The House simply could not offer the citizens of Missouri a bill that had been wrecked by the Senate.


The Pro-Life bill was significant because it addressed the root cause of abortion. It is appalling that 64 percent of all women who obtain abortions didn't want one. They were either threatened, were misinformed or didn’t know there were any other options available. We can sympathize with these women who in a crisis or under duress feel pressured to make an irreversible decision causing deep regrets later. This practice needs to stop and the bill I introduced this year went to the very heart of this issue.

This bill easily passed the House with broad support and should have passed the Senate as well. A close examination of the facts is essential to understanding why, despite large majorities of legislators in both chambers of both parties who claim to be Pro-Life, the Missouri Legislature failed to pass this important bill.

Here are the facts:

Ø Since this was my bill and since I chair the committee which was assigned this bill, I made it my priority to get our part done as quickly as possible. I pre-filed this on the first day bills could be filed, had a public hearing on it as soon as it was assigned to my committee and passed it out of our committee the first chance we had to vote on it. The House approved this bill and put it in possession of the Senate on March 11th.

Ø The Senate chose to not begin full debate until the last week of session, two months after receiving the bill from the House. This added to the congestion of an overstuffed week.

Ø On Wednesday, May 13th around midnight, the senators offered a substitute bill containing fatal flaws that would put women at a disadvantage even worse than where we are today. All but seven senators voted for it, but most had no opportunity to scrutinize it before voting, especially since it was a late night deal.

Ø Among the devastating provisions were bad public policies, loopholes and no forethought for the effect lawsuits would have on implementation in addition to the deletion of the anti-coercion language altogether.

Ø When the House convened on Thursday, May 14th we asked the Senate to grant us a conference so that we could work out the differences. I was appointed by the speaker to serve on that conference committee and was ready to work with our senate colleagues so we could get something positive accomplished for the women of Missouri. The House was willing to accept any positive amendments that added to the bill, but we weren’t prepared to see it gutted to appease Planned Parenthood and other anti-life advocates.

Ø As we waited around for the conference to convene, we were informed that the Senate “refused” to grant the House a conference. The reason? The Pro-Life Senators cut a deal with the anti-life Senators and they had no desire to work with the House, even though the House is the side that found the “time bomb” embedded in the bill. That time-bomb said that in three years the Pro-Life informed consent legislation we previously put into law would go away without any regard to pending litigation. Why would the Missouri Senate want to risk getting rid of our current informed consent laws?

Ø By Friday, the last day of session we had no other choice but to ask the Senate to take up and pass the original bill that passed out of the House. The Senate refused.

On Friday I went over to the senate to see if we could reason with the senators. While many said they would vote to take up and pass the House bill, not one of them, let me repeat for emphasis, not one senator was willing to make that motion. To the contrary, a motion that was made was to reject the House bill. That vote passed by a voice vote so no senators would go on record of killing a major pro-life initiative. Furthermore, the floor leader told me if the House did not pass the Senate version with the poisoned pill in it, he would not be bringing up any Pro-Life bills next year.

I am saddened that some of these elected officials act like they are doing Pro-Life advocates a great favor by bringing up Pro-Life legislation. They should be doing this for their constituents and out of their personal convictions. Perhaps the senators were so distracted with other issues, they didn’t notice the destructive details embedded into the substitute bill. Regardless of their reasons, the bottom line is that we do not have any additional protections for our women for yet another year now.

Over 11,000 abortions are done every year right here in Missouri. That means thousands more women will have to undergo unwanted abortions because the senators:

Didn’t have time to take up the bill earlier,
Allowed Planned Parenthood and anti-life advocates a major role in writing the Senate substitute,
Refused to grant the Missouri House a conference to work out our differences,
Refused to make a simple procedural motion to take up the House version for a vote on the last day of the session.

Given that 64% of these abortions are unwanted, that brings the two year total to nearly 16,000 women who have been needlessly harmed because of the senate’s hard headedness and failure to pass this bill. Theoretically, since both the House Members and the Senators represent the same constituents, can anybody explain why we would have any philosophical distinctions when it comes to how to represent the interests of our citizens? When the senatorial fraternity interferes with the process of crafting good public policies, something is awry.

The very day the senate devastated our Pro-Life bill, a Gallop Poll report came out showing the majority of Americans are in fact Pro-Life. That number is even greater in Missouri. http://www.gallup.com/poll/118399/More-Americans-Pro-Life-Than-Pro-Choice-First-Time.aspx However, with this bill, I believe even those who do not typically call themselves Pro-Life could support this bill because it is giving women more assistance, knowledge and power. Many other Pro-Life bills add requirements to the abortion clinics or focus on protecting the baby. This bill was distinctive in that it addressed the needs specific to the women involved. Everybody should be pro-women regardless of where they fall on other elements of the issue.

For a Pro-Life agenda to move forward in Missouri, it is vital that citizens be informed about what their elected representatives in the Missouri General Assembly are doing. There must be accountability. They must demand that Pro-Life legislation is passed rather than secretly scuttled or traded for other votes. There is an old saying that in matters of fashion you can bend, but that in matters of conscience you must stand like a rock. Calling one’s self Pro-Life, should not be a matter of political fashion to be put on at election time and discarded in the State Capitol.

Do not despair. Sometimes we may wonder if we are making a difference. The answer is “Yes!” You are making a difference just by becoming informed and making others aware. We all have our own parts to play in order to get this bill over the finish line next year. Contact your senators and let them know how important it is to help Missouri women. As long as we live in a country with a constitutional republic form of government and freedom of speech, we can all contribute to the public policy debates.