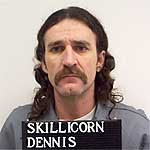 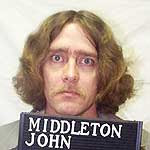 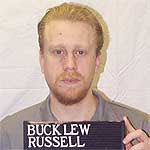 The latest effort by convicted killer Dennis Skillicorn to avoid the death penalty ended in defeat today when U. S. District Court Judge Scott Wright dismissed a claim by filed by lawyers for Skillicorn and two other death row inmates, which claimed Gov. Jay Nixon, who will decide any of the three should receive clemency, was biased against their cases because of his previous elected position. Of course, as attorney general, Nixon fought to keep the death penalty on track for the killers.

Skillicorn, who is expected to be the next Missouri inmate to be executed, has already lost appeals in state and federal courts, and the U. S. Supreme Court refused to hear his case.


According to opinions handed down by the Missouri Supreme Court and the Western District Court of Appeals, Skillicorn and two other men, after their car broke down, broke into a home, stole guns and cash. They returned to their car, managed to get it going again, but before long it stalled again, leaving them stranded.

A Good Samaritan, Richard Drummond, a technical support worker for AT&T, happened upon them and offered them a lift. Skillicorn and his partner in crime, Allen Nicklasson, pulled their weapons, and as Drummond drove them to where they wanted to go, Skillicorn, Nicklasson, and the third partner, Tim DeGraffenreid, discussed what they were going to do with Drummond.

The following description of Middleton's case comes from Missourinet:

John Middleton was a user and dealer of methamphetamine. On June 10, 1995, police arrested several people in Harrison County, Missouri, for possession and sale of the drug. Middleton was not one of the people arrested. About ten days after the Harrison County arrests, Middleton told a friend that "the snitches around here are going to start going down." Middleton stated that he had a "hit list" and that Alfred Pinegar was on it. Two days after making these statements, Middleton told the same friend that he was "on his way to Ridgeway, Missouri, to take Alfred Pinegar fishing."

Alfred Pinegar was also a dealer of methamphetamine and was associated with Middleton as a fellow drug dealer. Pinegar lived with his fiancé Priscilla Hobbs in Davis City, Iowa, just north of Harrison County, Missouri. On June 23, 1995, the day of Pinegar's murder, Hobbs was driving toward her home in Davis City when she saw Middleton and his girlfriend Maggie Hodges in a white Chevrolet 4x4 pickup traveling in the opposite direction. Hobbs noticed that Hodges was sitting in the middle of the truck seat instead of in the right passenger's seat. When Hobbs reached her home, Pinegar was not there and the yard had been partly mowed, as if Pinegar stopped in the middle of the job. Pinegar habitually carried a twelve-gauge shotgun, and that shotgun and about two hundred dollars were missing from the home.

Around noon that same day, Wesley Booth was working in the sporting goods department of a Wal-Mart store in Bethany, Missouri. He was approached by Hodges, Middleton, and another man, presumably Pinegar. Middleton asked Booth for six boxes of nine-millimeter shells and two boxes of twelve-gauge "double-ought" buckshot. Middleton paid cash for the ammunition. During the entire transaction Middleton was standing at the counter across from Booth.

Middleton, Hodges, and Pinegar left Wal-Mart and drove several miles northeast of Bethany near the town of Ridgeway where they parked in a field. Pinegar got out of the truck and began to run when he saw Middleton raise the twelve-gauge shotgun. Middleton shot Pinegar twice in the back. Middleton then delivered the fatal wound to Pinegar, shooting him in the face. Middleton dumped Pinegar's body over a fence. After committing the murder, Middleton and Hodges went back to the Wal-Mart store in Bethany to return the nine-millimeter ammunition.

Bucklew's crime is described this way:

Russell Bucklew apparently did not want to live apart from Stephanie Ray. The two had lived together in Cape Girardeau County until Ray decided to break up with Bucklew on Valentine’s Day, 1996. Bucklew left their mobile home and went to live with his parents.

On March 6, Bucklew returned to the trailer he had shared with Ray, found Michael Sanders, the victim in this case, there, concluded that Sanders and Ray were romantically involved, put a knife to Sanders’s throat and threatened to kill Sanders if Sanders ever came back to Ray’s trailer. Later that same evening, Bucklew returned to the trailer, found Ray alone, threatened her with a knife, cut her jaw, and punched her in the face before leaving. Ray reported all of this to the police.

Bucklew called Ray at work the following day, March 7. He threatened her again and promised to kill her, Sanders, and her children if he saw her with Sanders again. Ray moved in with Sanders, fearing to return to her own home.

Sometime during the night of March 20-21, Bucklew stole his nephew’s car, two of his brother’s pistols, two sets of his brother’s handcuffs, and a roll of duct tape. He left a note asking his family not to report his theft to the police. By the afternoon of March 21, Bucklew began surreptitiously following Ray as she left work and ran errands, ultimately discovering where she lived by following her to Sanders trailer. Bucklew waited for some period of time before he knocked on Sander’s trailer door. One of Sander’s children opened the door. Sanders saw Bucklew through the window , escorted the children to a back bedroom and grabbed a shotgun. Bucklew entered the trailer with a pistol in each hand. Sanders came into the hallway carrying a shotgun. Bucklew yelled "get down" and without further warning began shooting at Sanders. Sanders fell, struck by two bullets, one of which entered his chest and tore through his lung. Sanders dropped the shotgun. It went off and blew a hole in the trailer wall.

Bucklew aimed the gun at Sanders’s head but when he saw Sander’s six-year-old son. Bucklew fired at the boy instead. The shot missed.

Ray stepped between Bucklew and Sanders, who was holding his chest as he slumped against the wall. Bucklew invited Ray to drop to her knees. When she delayed, he struck her face with the pistol. He produced handcuffs, handcuffed her hands behind her back and dragged her to the car. The two drove away.

By this time law enforcement authorities had broadcast a description of the Bucklew car. Trooper James Hedrich saw the car, called for assistance, and began following Bucklew. They ultimately apprehended Bucklew after a gunfight in which both a trooper and Bucklew were wounded by gunshot.

Michael Sanders bled to death from his wounds.