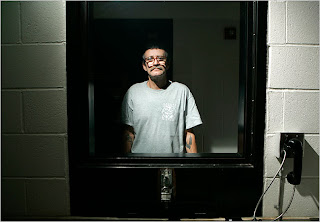 News outlets are reporting that convicted killer Dennis Skillicorn has been executed.

According to KTVI in St. Louis:

Missouri has carried out its first execution in nearly four years, putting Dennis Skillicorn to death for the killing of a good Samaritan businessman. Skillicorn received an injection shortly before 12:30 a.m. Wednesday at the prison in Bonne Terre and died about 10 minutes later. He was 49.

Sadly, KTVI does not even report in that story that the good Samaritan businessman's name was Richard Drummond, though Drummons's name is mentioned in an accompanying story about the anti-death penalty vigil.