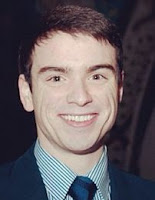 (From the Missouri Times)

The Missouri Times announced today that Eli Yokley will join the outlet as its managing editor, where he will oversee the growing Capitol newspaper just months after its launch.
Yokley, a Joplin native who began his career covering the 7th Congressional District primary in 2010, most recently made a name for himself by covering Missouri’s nationally watched U.S. Senate primary and general election in 2012
“Eli Yokley knows Missouri politics as well as someone three times his age, and has the right kind of energy and ambition to move this paper forward,” said Scott Faughn, publisher of the Missouri Times. “We’re going to give Eli the freedom to independently lead this paper to the next level — where it can truly be Missouri’s newspaper of politics and capital culture.”
Since founding PoliticMo in 2010, Yokley has shown a proven ability to not only effectively cover the news, but give readers a sense of how and why the news happened.
“Politics and policy are intertwined more now than ever before,” Yokley said. “Things happen in the capitol for a reason, and I want to give Missourians a better idea of what happens in their Capitol and who exactly is making the decisions that impact their state.”
Yokley will lead and work alongside two other journalists in the Missouri Times’s Capitol office, as well as continuing to visit and report on political developments in Missouri’s small towns and cities — a passion of he developed while covering the 2012 campaign.
“Since I began covering politics, I have done so fairly and objectively,” Yokley said. “Real shoe-leather journalism is as important in 2013 as it was in 1913. With the team I’ve been asked to be a part of, I’m confident we can use it to be Missouri’s premier newspaper of politics and capital culture.”
In 2010, Yokley was lauded as one of the top state political bloggers by the Washington Post. Last year, Yokley was awarded “Best Political Blog” for PoliticMo by the Riverfront Times. And in December, Missouri Scout praised Yokley for his work covering 2012 and beyond.
Yokley, who announced his departure from Missouri News Horizon effective at the end of business on Thursday, will officially join the paper on March 1.
Posted by Randy at 9:31 AM

I just can't think of a worse roll model for Eli-Eli-Oh than Rod Jetton, can you?

Hopefully the Joplin Globe will not want to be associated in any way to Jetton and will give Yokster the ouster.