Cleaver: We must protect our voting rights 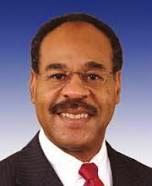 My first babysitter was the Reverend Noah Albert Cleaver, my great-grandfather. He took care of my oldest sister and me every day after preschool. He lived to be 103 years old. I was in college when he died. He was born in Cherokee County, Texas, and he died in Ellis County, Texas. He never voted, not one time in 103 years. Because if he wanted to vote, he had to pay $3.50 in a poll tax. And that was a lot of money back then.

While African Americans may have gained the right to vote with the enactment of the 15th Amendment, years of such Jim Crow laws and discriminatory literacy tests and poll taxes were passed as poorly veiled attempts to disenfranchise millions. These laws prevented African Americans from having a true right to vote until the passage of the Voting Rights Act (VRA) in 1965. Our right to vote is a fundamental right vested to us by the United States Constitution. For many of us, the right to vote was not simply handed out, but won through hard-fought battles. If you have seen the movie Selma, you know it is about that battle.

I first saw Selma with my wife, Dianne, and my friend, Congressman John Lewis, in Washington. At one point, when the screen showed the suffering of Bloody Sunday, when hundreds of civil rights marchers were beaten as they peacefully walked out of Selma and across the Edmund Pettus Bridge, I almost walked out of the theater. I could barely sit through it I was so affected. In reality, the damage done was much worse than the brief depiction of the day’s events. It is a powerful story with an even more powerful message.


This week, I invited local high school sophomores and juniors to join me in a showing of the film. Students from Lincoln Prep, Rockhurst, University Academy, St. Theresa’s Academy, Paseo, and Alta Vista high schools accepted my invitation to watch Selma at the Cinemark Theater on the Plaza. We had a great conversation about the movie, the march from Selma to Montgomery, the civil rights movement, and its leaders, from Martin Luther King, Jr. to Ralph David Abernathy, Diane Nash, and Fred Shuttlesworth. It is hugely important to educate and engage our children on these historical issues. Most movements are started and driven by them and their desire to effect change. Martin Luther King was only thirty-six during the Selma to Montgomery Marches. Alexander the Great was eighteen when he won his first battle, conquered the world before he died at the age of thirty-two. Jesus of Nazareth was thirty years old when he began his ministry. It may be a cliché, but it is true — young people are our future. They will continue shaping our world long after we are gone, using their potential to drive progress and prosperity.

Some of that progress, I am sad to say, is in danger. A year and a half ago, on June 25, 2013, in Shelby County v Holder, the Supreme Court significantly weakened the VRA by invalidating a key section of the law. The justices explained their decision in part by saying that because of progress we don't need these voting rights and protections anymore. That is like having the captain of a shipwrecked cruise ship say, well, we don’t need any life vests or lifeboats anymore now that we have been rescued. The ship goes down, everybody is saved, and someone says, “Well, because everybody was saved, we don't need life vests anymore.” But it was the life vests that saved them. It was the Voting Rights Act that caused the voter participation to rise.

The Voting Rights Act was a landmark law. It has been responsible for most of the progress that has been made to outlaw discriminatory voting practices across America over the last forty-nine years. You may not believe this, but work on voting rights in Congress has always been bipartisan up until now. Congress has reauthorized the VRA in a bipartisan manner four times, most recently in 2006. In 2006, the House passed the VRA Reauthorization by an overwhelming vote of 390 to 33, and the Senate passed the bill by a unanimous vote of 98 to 0. We need a VRA for today. It is time for the House to act, and pass a revised, renewed, and strengthened Voting Rights Act. We must not and we will not tolerate any voting discrimination in our democracy. It is our responsibility to do everything in our power to act to ensure full fairness in voting practices. I will not insult the death and life of my great-grandpa by not being as active as I can to reinstitute section 4 of the Voting Rights Act.
Posted by Randy at 8:31 AM