Joplin R-8 audit will be released Tuesday; no public meeting will be held 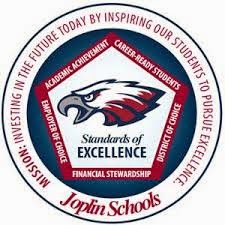 The Joplin R-8 School District state audit will be released on Tuesday as planned, but there will be no public meeting, according to a news release issued moments ago.

The release, from Spence Jackson, communications director at the state auditor's office reads as follows:

We will release the audit of the Joplin School District on Tuesday as planned but without a public presentation. Thank you, in advance, for understanding this necessary change in plans.

The change in plans came after the death of State Auditor Thomas Schweich on Thursday.

This is not to be cruel, but this makes it apparent it was going to be a political show....

It is still a political show, only one side is all that will be represented now. Before, both sides would have had a representative. Now Huff is the only one speaking. Somehow, I don't expect an unbiased presentation. I'm sure there will be lots of tears about the tornado. Everything will go back to that, no matter what it is. Kind of like Bush and 9/11. Just use 2011 instead.