House candidate filed for bankruptcy in 2003 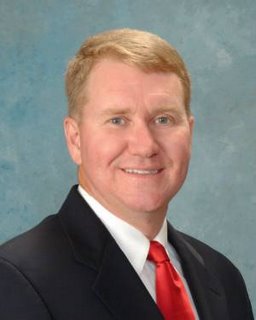 "Steve Helms will strive to keep government fiscally accountable. Taxes should be as low as possible. Steve believes that you can spend your money better than the government."

Hopefully, you can spend your money better than Steve Helms, owner of RTW Business Consulting, who is running on the Republican ticket, against 138th District incumbent Democrat Sara Lampe. Helms' website does not appear to have any references to his background as a businessman.

According to U. S. Bankruptcy Court documents, Helms, former owner of Mello's Tree Service and Complete Mobile Home, filed for Chapter 7 bankruptcy Feb. 7, 2003. He reported $767,079.32 in debt, including more than $113,000 in credit card debt from 10 providers. The creditors listed in the bankruptcy document include: Dade County, Webster County, Greene County, Polk County, the city of Greenfield, and Empire District Electric Company.
The list of creditors included financial institutions holding mortgages and second mortgages on Helms' rental property, as well as providing him loans for various pieces of equipment for his tree-trimming service.
***
Circumstances beyond the debtor's control often force a man into bankruptcy. It is no shame to have to file for it, but at the same time it is information that the public needs to know about someone who might make decisions on how taxpayers' money will be spent...especially when the candidate is stressing fiscal responsibility in his campaign.
Posted by Randy at 3:38 PM