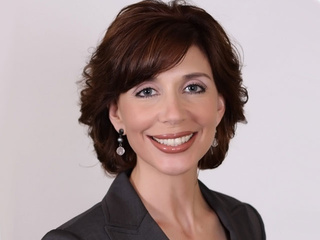 Kingsfield told the Dayton Daily News that she was “abruptly” let go on Thursday and was not given a reason for her termination.
WDTN officials could not immediately be reached for comment.
Kingsfield said she will miss her connection to area viewers, and feeling like she could make a difference in the community through her news stories. “I think I can still do that, just in a different capacity,” she said.
Kingsfield plans to pursue new career options in the areas of corporate communications and marketing.


Ms. Kingsfield had been at the station for nearly five years. She was in Joplin in the late 1990s. During her stint as an anchor at another Dayton station, she drew national attention with two appearances on Good Morning America when she was fighting leukemia during a pregnancy.

The following is taken from the Speakers on Healthcare Site from 2007:


When she was 14 weeks pregnant with her second son, Michelle Kingsfield was diagnosed with stage four non-Hodgkin's lymphoma. She not only shared the shocking news with family and friends, she also shared it with the thousands of people who watch her during the week on the news in Dayton, Ohio where she's a Main Anchor for the FOX and ABC affiliates.

The local newspaper, The Dayton Daily News, followed Kingsfield's amazing story, detailing her incredible strength and inspiration as she went through six rounds of intense chemo therapy and then delivered a healthy baby boy.

Kingsfield also shared her challenges with the nation during two appearances on "Good Morning America." In March 2005, Charlie Gibson did a story on her and then interviewed her via satellite to talk about being pregnant with cancer, her positive attitude fighting the disease, and her determination to deliver a healthy baby. In June 2005, Kingsfield flew to New York with her family to appear again on "Good Morning America" for a follow-up story with her "miracle son" Robert, who was just seven weeks old. Kingsfield shared some of the tough choices she encountered, her unwavering will to survive, as well as the added difficulties of being pregnant during her treatments.

In the March 2006 edition of O, The Oprah Magazine, Kingsfield authored a story on her struggle and survival with cancer while being in the public eye. She explained how food played a big role in her emotional and physical healing in a segment called "Dish Fulfillment."