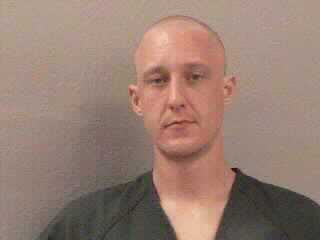 Sex-crazed Springfield hatchet killer Aaron Letterman will not get a new trial.

Letterman, 29, Fulton, is serving a life sentence plus 30 years after entering an Alford plea (not admitting guilt, but acknowledging there was enough evidence to convict him) in 2009.

Letterman claimed his lawyer was ineffective, but he almost had one who was even worse, according to the court opinion, which was handed down Monday, Letterman fired his lawyer, Stuart Huffman of Springfield, and announced he was going to represent himself.

Judge Thomas Mountjoy gave Letterman the old admonition that he would have a fool for a client and by the time the trial came around, Letterman agreed. "I believe I am that fool," he told the judge.

Letterman asked if he could rehire Huffman and Huffman agreed. Letterman claims Huffman gave him a raw deal by talking him into the Alford plea on the chance that he might receive a lighter sentence.

The opinion, authored by Appellate Court Judge Daniel Scott of Joplin, concludes, "Having no good options, Letterman chose what he and Huffman considered the lesser of two evils.  That he still got the sentences he hoped to avoid did not render the plea involuntary or mean that Huffman was ineffective.  Letterman’s sole point fails.  Judgment affirmed."


Letterman's path to prison started when he got upset because his uncle was going to have sex and he wasn't getting any. The case was described this way in a June 16, 2009, post on Kathee Baird's Crime Scene Blog:


Letterman was charged two years ago with the hatchet slaying of 44-year-old Tyla Rhodelander of Lebanon. Letterman's uncle, Michael Humphrey, said the two met Rhodelander near a cemetery on E. Chestnut Expressway and asked her if she was looking for a place to stay.
All three of them ended up in a homeless camp not far from the cemetery. Authorities say that Letterman and Rhodelander had spent some time alone in a tent and when his uncle told him he was going to have sex with the woman and followed her into the tent, Letterman "lost it."
Humphrey told investigators that he was in a tent with Rhodelander when Letterman allegedly unzipped the tent and attacked the woman with a hatchet.Humphrey was busted a few days later and led cops to the homeless camp where Rhodelander's body was discovered...still in her tent.