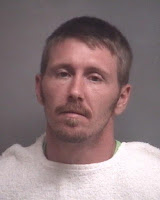 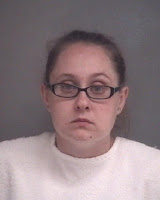 Arraignments are scheduled for 8:30 a.m. Thursday in Jasper County Circuit Court for the two people charged with first degree murder in connection with the September 6, 2014, murder of Jonny R. Slater.

Slater's wife, Ginger L. Slater and her boyfriend, Terryray L. Riggle, are being held in lieu of $1 million cash bond.

The crime was detailed in this Joplin Police Department news release:

On September 6, 2014 Jonny R Slater who resided at 514 S. St. Louis Avenue in Joplin was reported missing by his mother.


At the time he was married to Ginger L. Slater. On June 3, 2015 the body of a man, believed to be Slater was recovered in a mine shaft near Carterville Missouri.

Today, October 16, 2015 investigators with the Joplin Police Department again interviewed Ginger Slater and Terryray L. Riggle, in regard to Slater’s death. As a result both are currently being held in jail pending charges with the Jasper County Prosecutor’s Officer for the charge of First Degree Murder.

The investigation discovered that on September 6, 2014 Ginger Slater and Riggle drove to 514 S. St. Louis so that

Riggle could talk to Jonny Slater about the relationship he was having with Ginger.

Ginger Slater entered the residence leaving a door open behind her, so Riggle could enter the residence. Ginger began talking with Jonny, in the bedroom when Riggle entered the room and began to choke Jonny with a dog collar.

After they determined Jonny was dead they drove him to the mine shaft in Carterville and buried his body. The investigation is continuing. Detectives are currently are working to conduct a search warrant at the residence.

Riggle will also be arraigned on two counts of statutory sodomy and one count of statutory rape.
Posted by Randy at 9:04 PM