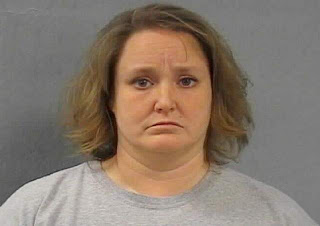 An April 11, 2016, trial date is set in Greene County Circuit Court for a Springfield elementary teacher charged with promoting prostitution.

The oft-delayed case was initially filed September 27, 2010, with authorities claiming Laura Fiedler and her husband Mark were running a sex service out of the Landmark Building in Springfield.

Mark Fiedler pleaded guilty September 9, 2013, and was placed on supervised probation for three years with the requirement that he complete 50 hours of community service.

The allegations were spelled out in the February 8, 2012 Springfield News-Leader:

According to Kayla Yong, 24, of Springfield, both of the Fiedlers arranged clients for her. She said she gave nude massages and manually masturbated clients. She said she never had other sexual contact with clients, court documents said.
According to those documents, Yong charged the undercover officer $150 for her services. The Fiedlers generally kept $35 of the money, Yong told police.
Both of the Fiedlers told authorities they thought they were arranging meetings between employees hired to give massages and customers, according to the probable cause statements in the case.

Yong's prosecution was deferred for two years with her case still being listed as "not disposed."

After their arrests, the Fiedlers claimed they were shocked, shocked to hear prostitution was going on in their establishment.
Posted by Randy at 8:51 PM