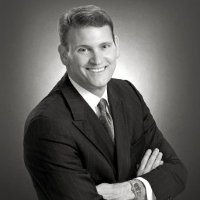 A bankruptcy court's ruling that adversarial lawsuits could be filed against former Joplin master developer David Wallace has already results in five such actions being filed in the past few weeks.

Among the allegations in the lawsuits:

-Wallace cheated his next door neighbor in the Sweetwater subdivision of Fort Bend County, Texas, Bryan Stanley, out of $1.6 million, while assuring him that he would be paid back by the end of 2015 because Wallace Bajjali was "operating as smoothly and as strong as ever and that the Joplin development was a huge success.

-Wallace operated a Ponzi scheme in which he and his partners, Daniel Frishberg and Albert Kaleta diverted money that was invested for real estate purposes into BizRadio, an operation that was used to entice new investors. Though a deal had been reached for Wallace and Costa Bajjali to pay back $1.5 million, one of the lawsuits says the amount Wallace and his partners ripped off was more than $24 million.

-Wallace committed fraud when dealing with a partnership that had been set up by a family with little business experience to handle their father's funding after he was incapacitated. In that lawsuit, the NJSS Limited Partnership claims Wallace shifted their $200,000 from one of his operations to another, then used it to refinance his debt to a Texas bank.

-Wallace borrowed another $200,000 from ZT Wealth Development in late 2014 to buy out Costa Bajjali. After Bajjali refused the offer, Wallace told the company he had spent part of the money to make payroll and he did not intend to pay back any of the rest of it because he was planning to file for Chapter 7 bankruptcy.

The five adversarial actions paint a portrait of a con artist who never told the complete truth (or any of it) to the people with whom he was dealing. Those who loaned him money or invested in his businesses after the BizRadio scandal were never told of the charges the Securities and Exchange Commission had brought against him or the subsequent $60,000 fines levied against him and Bajjali and were never told that he and Bajjali had been ordered by the court to repay $1.5 million to the BizRadio investors.

Wallace was also not forthcoming about the difficulties that eventually led to his firing as master developer in Waco, Amarillo, and Joplin.

(More to come)
***
Support the only news source that warned about Wallace Bajjali even before the city of Joplin hired the company as master developer. If independent news coverage and commentary about Joplin and the surrounding area is important to you, consider taking a subscription or making a contribution to the Turner Report/Inside Joplin, by using the buttons below. If you would prefer not to use PayPal or a credit card, you can send contributions to 2306 E. 8th, Apt. G, Joplin, MO 64801. Thanks.

I am afraid this is going to get ugly, with people feeling wronged by Wallace fighting each other for crumbs. Plaintiff vs. plaintiff.

I think the David Wallace story would make a great episode on CNBC's "American Greed" show. While it would make Joplin city leaders look like rubes, it might remind those city leaders to at least vet developers before giving away the city. Shaming might not be a bad thing.

I wonder if Judge Bohm has the power to call in the FBI? I've seen this judge destroy the debtor by having the debtor arrested in court by Federal Marshals. Taken away in shackles until debtor complies with court orders and sanctions. He's made lawyers sit in back of the court, making them write over and over "i'll behave" (something like that) ha! Funny. He's a good smart tough judge. I pray that he is guided by the law and does the right thing. Lets see how he handles this pig. I'm sure the money is gone. All everyone can hope for is justice.