Reader: Martucci needs to go; nothing has changed in Joplin schools 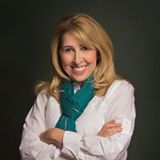 Normally, I allow my readers to comment and don't get into a back-and-forth with them because it is usually simply trolls who hope to get me to say something they can use against me.

That being said, when I received a comment from a reader concerning a recent post about candidates who filed for the Joplin R-8 Board of Education, I felt compelled to respond.

This reader obviously is trying to get people angry by saying things that are completely false, but the comments may resonate with people who are not paying close attention. That is especially true in this day and age, when all someone has to say is to throw everyone out of office and the applause begins.

The reader's complete statement is printed in the following paragraph:

Martucci needs to go. In fact the entire board needs to be wiped out and start over. Give the public a chance to voice their opinion on where we are now. There has been very little progress or change. Joplin school's continues to be the laughingstock of Missouri. Turner definitely isn't the answer. He is like most other negative souls; bitching about everything with no solutions.

The only people who can claim that there has not been change in the Joplin R-8 School District are those who get their news from the Joplin Globe.

Consider the following improvements that have already been made.

2. Director of Curriculum and Instruction Sarah Stevens is serving out the rest of her contract in purgatory and has already resigned effective at the end of the current year.

4. Bright Futures is no longer the be-all and end-all of the Joplin R-8 School District as it was when Huff was in charge. It is an independent entity and will have to survive on its own. My guess is that the good parts of Bright Futures will survive, while the excesses will soon be a thing of the past.

5. More changes are reportedly in the offing as far as the people in upper administration are concerned. It would be a major surprise if many of these people return in the same position next year, and most of them are already preparing their resumes.

6. Instead of trying to fool the public into thinking that half of the faculty did not leave during the last three years of the Huff era, Interim Superintendent Norm Ridder acknowledges it, has had conversations with people who are no longer in the system to find out why they left, and has collected data comparing the Joplin system to area districts and and to similar-sized districts across the state.

7. The board rejected continuation of the contract with the Core Collaborative consulting firm, which was raking in more than $100,000 a year serving up warmed over nonsense and fooling the district's executive directors into thinking they had stumbled upon the Holy Grail.

8. Instead of delivering all public relations all of the time, Ridder has acknowledged that there are serious problems in the school district. In addition to the problem of teachers leaving the district in droves, Ridder's data gathering has shown something that teachers in the district have known for years.  While administrators were bragging about discipline statistics that showed a small number of referrals, it was painfully obvious to Ridder that there was a discipline problem in the Joplin schools and he has made improving that problem a priority. For the first time since C. J. Haff arrived in Joplin, teachers dare hope that the leader of the school district has their back.

The reason for these improvements has been the changes that have been made in the Joplin R-8 Board of Education since the election of April 2014. Voters overwhelmingly elected Debbie Fort in 2014 and Jeff Koch, Jennifer Martucci, and Lane Roberts in 2015 because they wanted changes to be made.

More changes would have been made except for desperate tactics which delayed them and cost the district more than $100,000. The idea of extending C. J. Huff's contract to its full three years, when it was obvious that a change was coming and Huff's removal was going to be part of that change allowed Huff to negotiate a deal that has the district footing the bill for two superintendents through the end of this calendar year. For those who criticize the deal, remember that Huff had already earned a reputation for spending outlandish amounts of money and for not being open and honest with the information he shared with the board. Keeping him another year would have sent more teachers scurrying for the exits, while trying to fire him and not pay him off would have resulted in another of those lawsuits which were a staple of the Huff era. Removing Huff was a necessity.

The cowardly resignations of former board members Randy Steele and Mike Landis also delayed some necessary change. Steele claimed he had been threatened by the people who wanted change. At first, the claim was only that they told him they would attend board meetings. After that, it became threats against him and his family. And yet to this day, no evidence of these threats has ever been produced.

Landis, with the help of Huff, as shown in the Sunshine Law e-mails the Turner Report obtained from the Jasper County Commission, resigned to force an obscure law that requires the Commission to appoint board of education members when there are three vacancies. This situation, which was spelled out in e-mails between Huff, Landis, and Commissioner Darieus Adams that occurred before Landis' resignation, enabled those who preferred the old way of doing things to appoint three board members to join with holdover Lynda Banwart and slow the change that the voters obviously wanted when they elected Lane Roberts knowing full well he would not be able to serve just to keep Anne Sharp from being re-elected.

Despite these desperation tactics and the contempt they show for the voters of the Joplin R-8 School District, the change, as noted above, is well underway. The only thing that can stop it would be for the Joplin Progress Committee type candidates  to gain seats in the April election.

As for the reader's claim that I am a negative soul, I would suggest you look at the change that is taking place in the Joplin School District. Everything that made it a "laughing stock,' and I don't believe anyone puts the teachers, staff, and students in that category, can be directly laid at the feet of C. J. Huff, Angie Besendorfer, and the unqualified administrative team they assembled.

While I certainly do not intend to take credit for the changes, I fully support them.

If that makes me a negative soul, I will wear that badge with pride.
Posted by Randy at 6:00 PM

You are exactly right Randy. Thank you for setting the record straight and correcting the lies spread in that post. Martucci has my vote. The school district is finally on the right track and we need Martucci to keep it there.

Amen, Randy Turner. One of the most comprehensive summaries of facts to date! Keep up the good work! I applaud your courage!

Most of the garbage listed wasn't the result of this board or Ridder. Most of them were going to happen anyway. It's the same logic that idiot Democrats use when saying things like gas is cheaper now because of Obama. Truth is it happened because of supply and demand but people spin a work of fiction that makes no sense. Martuxxi needs to go. Fort needs to go even more. Koch is the only I am willing to give another chance but is clearly a deer in the headlights. The other appointed members will be going as well so maybe the public can actually be represented. Nartuccis character will always be in question after the letter she wrote Huff and how she referred to the kids as drug dealers. No use for her. Definitely no use for fort as I know her personally and she is a vile woman. Salaries still the lowest around with no change in sight. Too many young, inexperienced teachers not equipped to handle the type of students that are in the Joplin district. Poor leadership throughout for the most part and no real vision anywhere. Low morale and a completely dysfunctional school board. And a bitter old man blogger begging people for money so that he can continue to provide a forum for trashing the school and slandering people. The only troll is you Turner. And, after a personal conversation with Mr. Ridder in November, I can assure you his opinion of you and your kind is very low as well.

Fort, Martucci, and Koch are the only board members who have had the backbone to stand up and ask questions. Our former super didn't like to be questioned about his motives during board meetings. After all, he had become accustomed to mindless support at his every whim. So, I will continue to support this board by voting for Martucci. I also intend to vote for Lori Musser, Chris Sloan, and Melissa C. Rodgers! Good luck to you all. And finally, thank you to Dr. Ridder. You are taking the time to hear what teachers, parents, and students want for their schools. Yes, this is taking time, but I can assure you that most people are starting to see that your strategic plan is working.

Bud Sexton is now working at the high school.

4:05- ah, ye who has no real answer and whose mind has little capacity is consumed with frustration and responds in the only fashion he/she is capable of; name calling. Lol, in other words, you're an idiot. Go crawl back under whichever stone you came from until you can muster a response with a hint of substance.