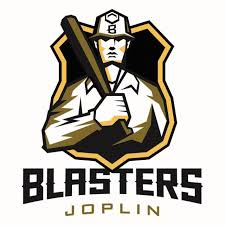 In all of the talk about how much the Joplin Blasters will have to pay the City of Joplin for rent and utilities, at least one important question was left unasked.

Just what will the Blasters do to increase attendance during the 2016 season?

Having a solid team and being near the top of the American Association during the team's inaugural season only brought slightly more than 1,000 per outing, so even improvement in the on-the-field product is no guarantee the numbers will go up.

It seems to be a much easier business plan to convince a gullible Joplin City Council to continue to use more and more tax money to reduce the Blasters' costs, therefore improving their bottom line and continue to blame the people of Joplin for not racing to Joe Becker Stadium and supporting this wonderful product.

Sorry, but this guilt game is nonsense. The people of Joplin owe no obligation to either the Joplin Blasters or to the politicians and officials (and the unelected leaders) who pushed minor league baseball (call it independent if you wish) on a market area that is far too small to support such a venture.

Two documents tell the story when it comes to how Joplin wound up in its current situation.

One is the richest source of news stories the Joplin Globe has ever chose to ignore- the Loraine Report.

In his interview with Osage Beach attorney Thomas Loraine, former Joplin Area Chamber of Commerce official Gary Box spoke of a quest for minor league baseball that began when Missouri Southern State University first announced its intention to build its own stadium and leave Joe Becker Stadium without a tenant.

Box told Loraine former City Manager Mark Rohr and former Parks and Recreation Director Chris Cotten contacted officials with the American Association and convinced the league president, Miles Wolf, to come to Joplin in 2010 to talk about the possibility of bringing a team here.

"We gave him the greatest dog-and-pony show we could," Box said, "but he was honest with us and said, 'Guys, Joplin is a great baseball community. I think we could definitely have a team here and succeed, but this facility, this ballpark doesn't cut it.' "

Then came the Joplin Tornado and in the aftermath of the storm, Texas con artist David Wallace of Wallace Bajjali. Wallace told members of the CART (Citizens Advisory Recovery Team) he could deliver everything they wanted and one of the things they wanted was a baseball team for Joplin.

Box told Loraine that Wallace said the owner of the Amarillo Gold Sox was interested in putting a team in Joplin. This would have been a new team for the owner and not the Gold Sox. But no deal would be made without the guarantee of a new stadium.

Joe Becker Stadium never figured in David Wallace's plans since there was no way he could leverage any money for his company out of that. Like all of Wallace Bajjali's proposals, no movement was taking place and during that time Cotten was in contact with the owners of the El Paso Diablos.

The Diablos deal  would not require a new stadium, just an overhaul of Joe Becker. And for that to happen, the city would have to spend millions. In order to make that possible, it had to be shown that an independent baseball team could succeed here.

That is where the second document comes in, one that has been written about before in the Turner Report. The decision to spend more than $4 million to renovate Joe Becker was made after a flawed feasibility study commissioned by the Joplin Area Chamber of Commerce made it appear that an independent baseball team's success in Joplin was a foregone conclusion.

The 2013 study that convinced Joplin City Council to give the go-ahead for more than $4 million worth of construction at Joe Becker Stadium was deeply flawed and describes millions of dollars in benefits for the city by using a model that does not apply here.

The study, which was commissioned by the Joplin Area Chamber of Commerce and was done by the Economic Strategy Center of Lansing, Michigan, based National Community Development Services, relies heavily on prior research that was done by Minor League Baseball MiLB and was primarily based on teams that were affiliated with major league baseball.

The study shows that no such survey was taken concentrating on independent teams such as the Joplin Blasters and their opponents in the American Association.

Those calculations led to estimates of 3,500 attendance at each game, a number that was twice the turnout for the Blasters' inaugural season.

With the attendance diminished by that much, naturally the estimated totals for vending sales, parking, and other game-related activities were also far lower than the original estimates.

And while many Joplin area residents enjoyed watching Blasters games, the Chamber's overly optimistic assessment of the impact minor league baseball would have on Joplin could also impact the millions of future dollars the study said the city would receive via loft apartments and retail in the area of Joe Becker Stadium.

The study indicated the city would benefit from having two restaurants, office space, 16 loft apartments, and a couple of retail stores, with an initial benefit coming from the construction.

The study can be found at this link.
As it turns out, I was wrong when I said the estimates of 3,500 were twice as many people as the number that actually turned out. It was actually three and half times as many, since attendance was right at about 1,000.

The chances of attendance ever reaching 3,500 are slim and none.

In the comments area for various news outlets' Facebook pages following the announcement of the deal reached Monday night between the Blasters and the city, there are those who are holding the Blasters totally to blame.

The situation, however, was brought about by Joplin officials and an unelected group of leading citizens who continue to tell us what we want without ever asking us and then spend taxpayers' money, not their own, to make sure we get it.

After all, they brought us this wonderful entertainment and we didn't support it.
Posted by Randy at 11:27 AM

When you think about it, averaging 1,000 fans per game in a city of 50,000 with an Independent baseball team (and no Major League Baseball affiliation) is pretty darn good. We wish Joplin city officials would try to find a Single A MLB team to bring here instead of the Blasters. That's the only way to increase attendance dramatically. Many more people would turn out to watch future MLB stars rather than has-beens. I'm glad the Blasters are here for now, although I have grown weary of their financial shenanigans and sleight-of-hand.

I did not support brining a team to Joplin and I am sure the Blasters would not have come for paid attendance of 1,000 per game. They were hoodwinked too. I don't think they would have a problem with the lease arrangement if they had 3,500 per game? So what is left to do.

Both sides moan and complain about the other but in the end having something at Joe Becker is better than nothing. Is it corporate welfare? Yes, but it would cost more to the city to have it sit empty and have to maintain it than at least start to get the stadium paid for.

We can't change how they got here but now that they are here we should try to support the team. They are trying to be good citizens by attending city events, going to school functions and providing some family entertainment. Give them a chance to get off the ground and try to make it.

Blaster level baseball was never the intended type of baseball for Joplin at Joe Becker.

If I feel the need to watch baseball, there is legion, Outlaws, and short trips to Springfield or Springdale

Joplin's too far from the closest Class-A league for that to work. The closest one goes clear up to eastern Ohio and near Canada -- a long haul in a bus.

It's not that it's an independent league that's the problem. I've seen independent teams draw thousands a night. Have good promotions, giveaways, plenty of between-innings entertainment, friendly and accessible players, cheap-beer specials and fireworks and you'll do OK in the right market. At this level, the product on the field is not the most important drawing card. It's like a fan in St. Paul said about all the entertainment sideshow at that park: "You could change the teams in the fifth inning and nobody would notice."

Steve is exactly right. The team promised us a bunch of family-friendly events and activities, with baseball more like the side event, but they realized those things cost money, and they're notoriously cheap. So they stopped doing them. They don't care about this town or it's fans. If they can't make money on it, they aren't interested.

I agree with Steve Holmes--the Blasters did a pitiful job of promoting their games, and that's what will get people away from their tvs to watch a game. Did they eveb bother to take a look at what worked for more successful teams? Or did they expect locals to show up just because Rob O'Brien said they would?

Steve Holmes is right about a lot. There is no way to get a minor league team in Joplin. The closest team is over 400 miles away and all the others are hundreds of miles from Joplin. The Blasters have to improve the entertainment and there was an actual attempt at doing that later in the season. Giving the microphone to Isaac was a great addition. He entertains fans between innings and does a great job.

I've been to dozens of minor league parks, baseball is only part of the draw. The City needs a draw there, because they have $150,000 a year in payments to make. I think they have a workable solution. It is up to the management of the Blasters to get people to come out. You can go to Springfield and Springdale to see affiliated teams, and I do make those trips, but I made fewer this year, because we could see the Blasters. That is one advantage having them here, my money stayed home more this year and was spent in Joplin.

One thing I could never quite understand this past season: On $1 beer night, why did they have it right next to the children's play area? Why wasn't it in the designated beer garden section with the picnic tables down the left-field line?

Anything that involved David Wallace and Costa Bajjali, the TWO CON-ARTISTS, never has a good ending. Who is surprised?