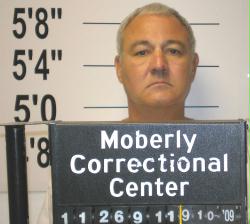 When the diplomas were issued and the tassels were turned at the Joplin High School graduation ceremony in May, signifying the symbolic passage into adulthood, one name was absent from the list of those who enjoyed one of the most important days of their young lives.

It had been nearly 11 years since Jessica Mann had been the Joplin students' classmate. While the rest of them had enjoyed school activities, first dates, getting their driver's licenses, and all of the things that make the younger years so exciting, Jessica never had the chance to experience any of them.

In one fleeting moment on July 30, 2004, Jessica Mann's life ended, as did the life of her grandfather, at the hands of a drunk driver.

According to investigating officers, Edward Meerwald, intoxicated and driving at a high rate of speed, ran his car off Highway 86 near Neosho and killed Jessica and Jim Dodson, 69, who were standing in Mr. Dodson's driveway.

The deaths of Jessica Mann and Jim Dodson led to a new law in the state of Missouri, sponsored by Sen. Gary Nodler, R-Joplin, which allows prosecutors to charge drunk drivers whose actions lead to someone's death with second degree murder.

The law did not apply to Edward Meerwald, who was charged with two felony counts of involuntary manslaughter and after three changes of venue, first to Jasper County, then to McDonald County, and finally back to Newton County, he pleaded guilty and was sentenced to seven years on each count to be served consecutively.

Of course, no one ever serves the complete amount of time to which they have been sentenced, it seems, so Meerwald is already back on the streets, though Missouri Department of Corrections online records do not indicate how long that has been the case.

Eleven and a half years have passed since Meerwald's actions ended the lives of Jessica Mann and Jim Dodson. Dodson's widow and Jessica's parents filed a lawsuit against Meerwald and the Pub Bar, the place where Meerwald drank far too much before he took to the road. The case was settled out of court for an undisclosed amount, but no amount of money could bring back what the family had lost.

On March 29, for the first time since his sentencing more than 10 years ago, Edward Meerwald, 61, will be back in court, this time in McDonald County Circuit Court before Judge John LePage.

It is not the kind of hearing that generally draws much attention.

After all, all Meerwald is doing is asking Judge LePage to order the Department of Revenue to issue him a driver's license.

Randy, correct me if I'm wrong (please). This guy ran over James Dodson and Jessica Mann, came to a stop, then backed his car up, running over Jessica again. Jessica lingered until about 10:30 that night. He told police he was on his way home to Noel, but was traveling in the opposite direction! I cannot remember how many times he'd had a DUI conviction, but I recall it was several.
They should have put him under the jail. I hope he is not granted a driver's license.
Thanks,

He ran off the highway early in the day, extremely intoxicated, going the wrong direction to get to his home (he didn't know where he was), his car going BEHIND the mailbox and into the driveway, killing my Niece and Father-in-law. He should NEVER have his driver's license back!!!!! He should NOT have any freedoms at all for killing two of our loved ones!!! He should STILL be in jail!!!!!

I completely agree! My little sister grew up with this wonderful family, Jessica was such a joy and Mr.Dodson what a Grandpa,loved his family. This child and this man lost so much that was to come, and for what someone obviously not responsiable enough to be a driver. I am pleading for this family and the population NOT TO GIVE THIS MURDER HIS LICENSES, so he can just do it again..the proof is in his driving record. May the lord nudge the court's in the right judgment.

This man made a choice and should accept the responsibilities of his irresponsible actions--NO DRIVERS LICENSE ever! Choices have consequences--for this family the consequence is forever-his consequence should last as long as the agony he caused.

How many more people will someone like this kill before he is put away forever. He should never have any type of freedom especially the privilege to possess a drivers license. It is my understanding that it was not his first time being caught.

I know the Mann family very well. They are more than friends, they are like family to me. I can't even begin to express how much suffering I know this family endured. Unfortunately, the scales of justice may swing toward letting this murderer back out on the streets. I certainly hope not. I pray not! When I took my drivers test at age 16 I remember reading over and over that driving is a privilege, not a right. This man lost that privilege when he proved he was a repeat offender with some very bad decisions to get behind the wheel. I don't recall every hearing anywhere that we have a law that says we have to give someone a license to drive a car. Now what scares me even more, license or no license, there really is nothing to stop this man from getting behind the wheel of a car. Nothing ever stopped him in the past. How will this time be any different? I just pray he doesn't take any more lives.

I have noticed that in our judicial system, people with drunk driving convictions are treated with the same blind eye as abusive parents. They get chance after chance after chance with no regard to the lives that they are jeopardizing & ruining in the process. Then, when their behavior results in a death, the "establishment" is no longer able to ignore it because now the issue is right out there for everyone to see.

Sure, they have a trial & there is a sentence, but it never holds a candle to the damage done to others. It's just a token gesture. As someone stated earlier, they never do much of the time sentenced. More often than not, after being released, the behaviors do not change. When somebody drives drunk, it's equal to waving a loaded gun at a crowd. Sometimes the trigger gets pulled. If this man had walked up that driveway & shot James & Jessica, he would not be back out on the streets. But since the murder weapon was a vehicle, he got his ass kissed by our justice system & is able to go back to living his old life. Too bad his victims can't.

When I was younger I fell down outside in the parking lot of a supermarket. I stepped in a huge pothole and broke my ankle. The lawyer worked hard on my case and told me that the other side were going to pay for all my medical and toss me $500 for my pain. I let him fight them in court and we walked away with $15,000 in cash, huge difference.

Modesto Culbertson.... You falling in a huge pot hole is completely irrelevant to my grandpa & cousin being killed. No one cares about your ankle. I find it completely rude and inconsiderate to try and make this about you or your ankle. Maybe watch where you're walking, moron.

This man who killed my family should have NEVER got out of jail. He took 2 precious, innocent lives of people who were amazing, lived to please the Lord, never thought twice about helping anyone. And my grandfather was the BEST grandpa anyone could EVER have. Edward Meerwald should have been the one to be buried in the ground NOT MY FAMILY. The courts better not give this man any justice what so ever!!!!!