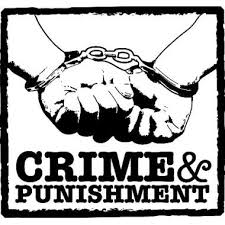 A sentencing date has not been set, but court documents indicate the U. S. Attorney will recommend that Rogers be placed on supervised probation for one year. Under the provisions for the crime, he could be sentenced to up to one year in prison.

Rogers' dealings with the woman are detailed in the plea agreement document filed Tuesday in U. S. District Court for the Western District of Missouri:

Chief Burns disclosed that Officer Rogers was actively communicating with a female defendant, Jane Doe, that he arrested in October 2015 for Driving Under the Influence (DUI).

On December 28, 2015, FBI SA Stacy Moore and SA Brian Ford met with Jane Doe, and her attorney, for a consensual interview. Jane Doe was interviewed in the presence of her attorney.

Jane Doe stated that in early to mid-December 2015, Rogers came into her place of employment with an unknown female. Rogers tried to speak with Jane Doe, however a few minutes later Jane Doe’s manager approached them and told Jane Doe to stop speaking with Rogers.

Jane Doe’s attorney told Seidl that he needed to speak with her about obtaining an ex-parte order against Rogers because Rogers had visited Jane Doe at her place of employment. Seidl was on vacation and told Jane Doe’s attorney she would look into when she got back.

Jane Doe’s attorney spoke with Seidl by phone on December 21, 2015, and gave her the full details of the encounter. Seidle pulled Jane Doe’s file and put a note on the file that she need to speak with Rogers.

On December 27, 2015, Jane Doe received a Facebook friend request from Rogers. Jane Doe did not accept the request, but the two communicated via Facebook messenger. Below is a sample of the messages:

Jane Doe: I don’t think it is okay for us to be talking when my DWI is still going on and you are the one who arrested me.

Rogers: Who’s your attorney? Depends I could help some things

Jane Doe: What can you do to help!?

Rogers: They are my charges. I could talk to the prosecutor Rogers: I don’t necessarily want that to be the only reason you talk to me though lol

Jane Doe: What do I have to do for you?!

Rogers: I can’t accept favors in return for help with criminal charges. But things we do as friends is different if you know what I mean

Jane Doe: what kind of things do you want from me because you helping me get my DWI dropped is a pretty big deal.

Via text message Rogers stated he would like to see Jane Doe’s body and then goes on to ask for “pics for persuasion.”

Rogers told Jane Doe he will see what he is able to do tomorrow. Jane Doe replies she cannot send pictures and Rogers asked her what the limits are to what she was offering. Rogers tells Jane Doe he wants her to “show me one hell of a time!”.

The next morning, December 28, 2015, Rogers texted Jane Doe and stated he has some news for her. Rogers told her he might be able to get the charges dropped and asked her to come by his office. Rogers told her he just wants to “talk real fast, I need to know I can trust you.”

Rogers again asked her for a “pic.” Jane Doe did not meet Rogers that day. Jane Doe’s attorney again contacted Seidl on December 27, 2015, to inform her that Rogers was communicating with Jane Doe via Facebook and text.

Jane Doe’s attorney sent Seidl copies of the messages sent up through the 27th. On December 28, 2015, Rogers came into the Joplin City Courtroom where Seidl was presenting cases. At a break, Rogers approached Seidl with Jane Doe’s case file in his hands.

Rogers told Seidl they would have a hard time of making the case stick and he was inclined to give Jane Doe the benefit of the doubt. Rogers stated that the case against Jane Doe should probably be dismissed.

Seidl asked if the maintenance issue would affect any other cases, Rogers replied that he had reviewed all other pending cases and no other cases would be affected.

Rogers asked Seidl why there was a note on the file that she needed to speak with him; Seidl told him it was because she wanted to ensure the stop occurred within the city limits of Joplin. Seidl told Rogers she agreed and the case would need to be dismissed.

After speaking with Rogers, Seidl spoke with JPD Chief Burns and Assistant Chief Matt Stewart to inform them of the situation. Chief Burns contacted the FBI after receiving the information.

During Jane Doe’s interview with SA Moore, Jane Doe agreed to place a recorded phone call to Rogers. During the call Rogers stated he had spoken with the city prosecutor and he believed the charges would be dropped. Rogers also stated he would check up on the status of the case the following day.

On January 25, 2016, Rogers was interviewed by SA Moore and SA Ford. Rogers confirmed to FBI that he had gone to Jane Doe’s place of employment and spoke with Jane Doe. Rogers also admitted he contacted Jane Doe via Facebook and text messages a few weeks after seeing her at her place of employment.

Rogers made the decision to help Jane Doe with the charges because he believed she would be more likely to befriend him if the charges were gone. Rogers also informed Agents that he had contacted Seidl and informed her that due to an equipment malfunction, the case against Jane Doe would probably need to be dropped.

Rogers admitted that he had hoped that his actions in helping to dismiss Jane Doe’s case would lead to him and Jane Doe developing a friendship and then a sexual relationship.

Rogers had hoped that after getting the charges dropped Jane Doe would meet with him. SA Moore confirmed that Rogers was employed by the Joplin Police Department as an officer who was POST certified.

Rogers’ duties included the enforcement of the laws of the City of Joplin, State of Missouri, and the United States. Jane Doe is a citizen of the United States who is guaranteed due process right to bodily integrity under the Fourteenth Amendment of United States Constitution.
Posted by Randy at 5:39 PM

Surely he plead under some sort of duress. He was an officer of the law...he couldn't have done something like this.