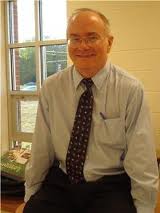 There are still times when I find myself thinking of how I would teach something that is in the news. With this election year, which has been like no other, and with various fascinating issues- everything form healthcare to drones to the Ferguson riots over the past couple of years I miss finding out what my students thought about what was in the news and the papers they wrote on these subjects.

For a long time after September 11, 2001, on the anniversary of each year I assigned a paper for the students based on their thoughts about what that event meant to them.

During the last few years I taught, I found the students barely remembered 9-11 and if I were still in the classroom, I would now be teaching students who were not even born then.

I originally wrote this blog for the Huffington Post and it was also featured in my book Let Teachers Teach.

One of the most troubling stereotypes about teachers is that they trot out the same lesson plans, year after year, until thankfully, the time comes for them to receive their pensions.

Good teachers change their lesson plans every year, modifying the ones that did not work as successfully as hoped, incorporating technology and research, and also working to make their lessons relevant.

That being said, all of us have lessons that we use every year because they have worked.

I have one that I have used for the past decade that has been effective in my writing classes, but I am relegating it to the junk heap where old lesson plans go to wither and die.

On September 11 of each year since 2001, I have asked my students to write their memories of the day that robbed this nation of its innocence. I have received heartfelt missives each year, some filled with fear because of our nation being attacked or because of relatives serving in Afghanistan or Iraq. Some have expressed their patriotism and love of the U. S. in words that would bring tears to the eyes of anyone who has served this country.

It has been the source of some of the best student writing I have ever seen, but my students will not be writing about their memories of 9/11 this year.

They don't remember it.

My eighth grade students were three or four years old when planes flew into the Twin Towers and the Pentagon.

In the past few years, as 9/11 started to fade in our rear view mirrors, our school's drama department put on a powerful program, coupled with video from that fateful day to remind the students of the day that changed this nation.

That program will not be held this year since Joplin students are already dealing with another of those signature days that will remain forever etched in their memories- the May 22, 2011, tornado that killed 160, including one of my eighth graders' classmates, and displaced more than half of the children. Reliving a tragedy from a decade past when their emotions are still raw from the events of less than four months ago did not seem to be an appropriate choice.

As I reluctantly made my decision to discard my annual assignment, my thoughts took me to something that happened during my first year of teaching. I asked a guest speaker, a retired military man from a neighboring town, to address my classes about another one of those dates that should never be forgotten.

Richard Ferguson was a survivor of the Dec. 7, 1941, Japanese attack on Pearl Harbor. He held my eighth graders spellbound with his vivid recollections of the "day that shall live in infamy."

As the hour came to a close, Mr. Ferguson was taking questions from my students. One girl in the back row enthusiastically thrust her right hand forward and Mr. Ferguson called on her.

"Mister Ferguson, your stories are so interesting," the girl said breathlessly. "Who won that war?'

Another girl sitting beside her, added, "Yeah, I'd like to know that, too."

It was an embarrassing moment for this teacher, though it did not faze Mr. Ferguson in the slightest. He politely answered the question. Until the day he died, Mr. Ferguson made it his mission to make sure people never forgot the significance of Dec. 7, 1941.

Sept. 11, 2001, is another date that should be remembered by students and I will address it this week in my classroom. The terrorist attack on this country will resurface in my lesson plans, though never in the way that I have done it for the past decade. Sept. 11, 2001, has changed from something my students remember to something that they must be taught.

The only thing that could make the tragedy of 10 years ago any more devastating would be if it were to fade from our memories. That is something that the teachers in America must never allow to happen.
Posted by Randy at 10:05 PM