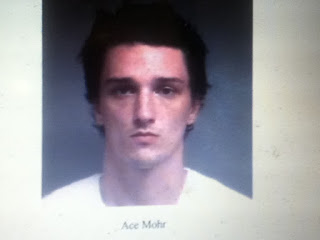 A 9 a.m. Thursday arraignment has been scheduled in Jasper County Circuit Court for Steven Prall, 25, who is charged with felony possession with intent to distribute.

Prall was arrested a week ago today during a Joplin Police Department investigation of an armed robbery at 7th and Moffett. The charges of robbery and conspiracy to commit robbery that the department submitted to Jasper County Prosecuting Attorney Dean Dankelson have not been filed at this point.

Nor have any charges been filed against Prall's 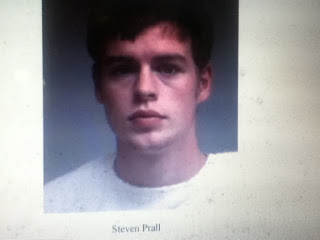 alleged partner in crime, Ace Mohr, 23, Carthage, according to online Jasper County Circuit Court records. The JPD arrested Mohr on felony charges of robbery in the first degree, armed criminal action, and possession of a controlled substance. Those were reportedly all submitted to the prosecuting attorney's office.

The following probable cause statement was filed with Prall's drug charge:

Prall was stopped driving a vehicle during an investigation of an armed robbery. Prall was found to be in possession of a large amount of currency and a burnt marijuana cigarette.

Search of the vehicle Prall was driving revealed the following items under the driver's seat- a black Vaultz nylon zippered pouch that was unlocked. Inside the pouch was a baggie with 4.3 grams of a crystal substance that field tested positive for methamphetamine.

Also in the pouch was a notepad with dollar amounts in it, a ledger, a digital scale with crystal residue in it, a sunglasses bag with multiple small empty zip lock type plastic baggies inside.Also in the bag was a straight, glass methamphetamine pipe was a red straw and a blue ink pen.

Though robbery charges have not been filed against either man, Dankelson has filed robbery charges against Mohr on two previous occasions, for a 2013 robbery of a customer at the Sonic Drive-In in Carthage, and for the 2015 robbery of a man at the Guest House Hotel in Carthage. Both time, the prosecuting attorney dropped the charges.

Not only are you a Superintendent but now you're a prosecutor.

I wouldn't trust what is written in a police officers probable cause statement as far as I could throw it. They are allowed to 'enhance' the actual facts to fit what they need. And this isn't opinion, it's fact. And I know I'm not the only one it's happened to.
So everything that they said was under Pralls seat may very well have been between the seats and mutual possession of both. But if they say mutual possession then they have to charge Mohr also and it seems that is unlikely.

Really? Most people who click on a Facebook page called "The Turner Report" expect to see posts about news happening around us. I, for one, appreciate him taking the time to keep me up on local news and events. Though I don't know Mr Turner personally, I've never seen or heard him claim to be a superintendent or a prosecutor. I doubt if anyone else has either. He is a reporter doing his job.... REPORTING NEWS!!!

There are several other Facebook pages that you might want to check out since you don't seem to benefit from this one. "Power of Positivity" and "HrtWarming" are a the ones I first thought of when I read your comment. Be sure and check them out! Have a great day!

If you are a true reporter then why don't you come interview me instead of just interviewing JPD and getting just their side of the story. This is BS if you ask me. Come get my side of the story. Those charges will not stand against me. Seriously it wasnt even my dang car so how was I supposed to know the supposedly nylon bag was in the car? I will tell you whose car it was, and when you look those 2 people up, you will believe that crap was not mine. The real owner of the car is in federal prison. The guy that let me use the car is in jasper county in multiple felony charges, one of the charges is for 10 ounces of method and trafficking. Seriously Mr. Turner come interview me before you post this crap on a website that the public sees. Your going off of everything JPD says which is not fair to me and my family. Get both sides of the story before you make a report. Be a real reporter for once. Its all a lie. And armed robbery seriously. No one had any weapons lol and no one got robbed what has the news come to for real. Thank you, This is Steven Prall by the way, and in waiting for my interview. If I don't get one your gonna be blasted all over any kind of media for being a weak... Reporter!!!