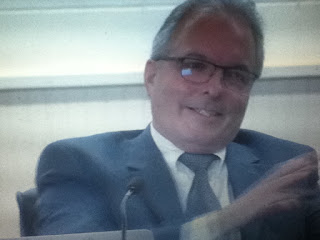 Joplin R-8 Board members will look at taking on more long term debt to cover payment on the debt they took on to pay building contractors.

CFO Paul Barr told the board Tuesday night, that it is likely the board will either need to look at what funds are available or take on five to seven years of long term financing to pay off the Bank of America loan.

The FEMA and SEMA reimbursements cause the problems, Barr said, noting that none of the FEMA projects are the ones that are listed under "errors and omissions," or projects that were done that were not under the original plan approved by the federal agency.

Barr said he expected some of the FEMA project reimbursements to arrive by the current due date, but not all of them. None of the SEMA money will be here, since SEMA does not pay its 10 percent match on the FEMA funds, until all FEMA reimbursements have been made, including the errors and omissions.

Barr suggested that the board look at the financing at ifs February 2017 meeting, working with its financial advisor, George K. Baum, and seek to work out flexible financing, which would allow the district to repay on favorable terms if the money arrives earlier than anticipated.
Posted by Randy at 5:58 PM

So, what you're saying is my kids will never get a book if they go to JHS because all the money was wasted on nonsense. Isn't that just grand. Since half his teachers are never in class I guess it doesn't matter anyway. Learning is not the priority in R8.

Does this mean there is more bad news coming about FEMA later? How much are all those extras going to cost us? What about the lawsuits? It's going to be a damn big loan when all that is added up. Seems like they could be transparent and tell us what to expect.

Randy, do you know what happened with the storm-shelter contractors allegedly being owed for five months' work by R8? That was May 2014, I believe. Something must have happened by now. Is there a deadline/goal for a P2 settlement?

I don't know the answer about the storm shelter contractors. A couple of sources have indicated to me that they are closing in on a settlement in the PI case.

Great photo for your article.

Wish my tax dollars I pay these clods could be redirected to my daughters homeschool network, blah