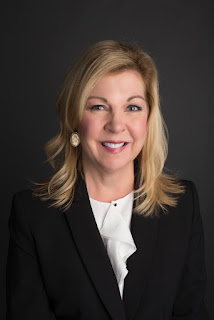 The sentencing for a former Harrison, Arkansas high school teacher charged with sex crimes involving underage girls is scheduled for 10:30 a.m. Thursday in U. S. District Court for the Western District of Arkansas in Fort Smith.

The sentencing of Kyle Smith, 28, Branson, who pleaded guilty May 12 to transporting a minor across state lines for sex purposes and coercion and enticement of a minor, will bring an end to a chapter that has made the past year a trying one for Harrison Public School Superintendent Melinda Moss, one of two finalists for the Joplin R-8 superintendent position.

Questions arose concerning Moss' handling of the situation and whether she caused problems for investigating officers by bringing in a lawyer to begin an investigation even before the Harrison Police arrived on the scene.

From the Harrison Daily Times report:

The report said  (Harrison Police) Detective Jason Causey went to the school and spoke with Superintendent Mendy Moss and legal representative, Cody Kees, in reference to the allegations. Causey also spoke with the teacher who received the original allegations and called the Crimes Against Children Unit on Aug. 20.

Records obtained under the Freedom of Information Act show Kees, a lawyer with the Munson, Rowlett, Moore & Boone law firm in Little Rock, was notified about the case on Aug. 20, the same day the CACU call was placed. He was on the Harrison campus the following day to conduct an investigation for the school.

Moss told the Daily Times in February that Kees specializes in investigations for schools.

“So,” Moss said, “whenever there’s any kind of report alleged we utilize their services because we want thorough, swift and complete investigations because nothing’s more important than student safety.”

Questions were raised at that time about the wisdom of bringing in a lawyer to begin an investigation even before the police arrived and those questions were raised again during a federal lawsuit filed in May by fired teacher Andrea Pendarvis, another of the negative events that have impacted Moss' recent months at Harrison.

Pendarvis claims her First Amendment rights were violated when she was fired for criticizing another teacher using vulgar language in a private e-mail. Other teachers involved in that same e-mail conversation had no action taken against them and Pendarvis claims that was because she had been critical of the superintendent's handling of situations involving children's safety, including the Kyle Smith arrest. The following passage is from Pendarvis' lawsuit:

It became evident Moss wanted Plaintiff out of the district because Plaintiff had spoken out about the mishandling of certain instances where a member of the district staff was suspected of some form of child abuse or child endangerment.

One such incident involved Kyle Smith, a former assistant band director for the district, who was arrested on or about February 11, 2016, and charged with four counts of statutory sodomy and four counts of statutory rape (Note; these were the original charges filed in Taney County Circuit Court) of underage girls who were students in the Harrison School District.

After the arrest, the Smith case was widely published in the newspapers and is well known in the community. Plaintiff had been told by others that when the allegations against Smith were first known to Moss, Moss did not call the police, but rather had a law firm come in to look at the situation, purportedly to determine the district's liability, and then allowed Smith to return to campus and continue working for the district

Smith was never terminated by the district, but upon information and belief, did ultimately tender his resignation. around the time of his arrest more than six months after the allegations were first brought to the attention of Moss. (Note: Smith's resignation was actually accepted September 1, five months before Smith's arrest.)

During that time, Plaintiff openly expressed her concern about Moss' role in that matter and in particular what had been said by Harrison police and reported in the paper, to the effect that Moss had hampered their investigation of Smith and thereby delayed his arrest. The reports from the Harrison police suggested that evidence could have been lost or destroyed during that delay.

Pendarvis claimed there were two other instances in which she believed school staff had endangered children and that Moss had done nothing about it and had a "habit of sweeping things under the rug."

Pendarvis also alleged that Moss revealed information from her personnel file to other district employees, encouraged them to bring in more dirt against Pendarvis because she did not have a "smoking gun" that would make sure she was fired.

The lawsuit also includes allegations of intimidation against teachers who offered support for Pendarvis.

The defendants in the Pendarvis lawsuit, the Harrison Board of Education and Moss have said the lawsuit is frivolous and denied all of her allegations in their response to the petition.

Though there are no indications that it has anything to do with Melinda Moss, Harrison patrons booted the two incumbent school board members who were up for re-election by a wide margin in the September 20 election.

John McCuistion defeated incumbent John Sherman 643 to 221 and Marisa Keylon received 699 votes to 155 for incumbent Roz Slavik.
Posted by Randy at 12:01 AM

So if I understand correctly, she contacted the school's attorney when she learned of possible criminal activity of a teacher in the district. Teachers that supported the accused teacher claimed she was out to get him. The accused teacher resigned and is suing the district and the superintendent for what? Where the two board members voted out because they supported the accused teacher? We don't need to bring trouble to Joplin but if people are mad at her for getting a pedafile out of their district she deserves a medal. What is the rest of the story?

Just say no, Board. Just say no. Of all the applicants, this is one of their final two? There's money well spent.

Looks like Pendarvis was a "learning coach" that went beyond her duties of assisting teachers and instead rewrote the lesson plan for a teacher on leave. She was forced to change it back. Instead she took out her frustrations with the teacher and had a hissy fit with the superintendent. Good for Moss for standing up for her teachers.

I know there are so many school districts, and small towns and cities in the US, that the talent pools to run them are thin and generally of lower quality than they should be (I mean, the old school Globe let us know Mark Rohr was a thug before he arrived here), but is the pool so bad someone like Moss is among the best we can find?

Maybe true, but, well, to touch on another one of your major issues, maybe this will allow you to better understand those of us who view US public schools with a jaundiced eye? (And it's not like most of us didn't go through them before coming to our not entirely positive opinions of them....)

This probably reflects more negatively upon the Police Department than the School District. Any competent Manager would have immediately called in legal assistance in this situation. I do not have a dog in this hunt, however, it would appear that Southwest Missouri in general uses extremely poor judgement in the selection of School Superintendents.

You didn't read the article she kept the pedophile employed for 6 months after the accusations were brought forward. Pendarvis was fired later for saying Moss did not the handle the situation well and she thinks the pedophile should have been fired immediately.

SO a lawsuit "alleges".....well, that does it. Burn her at the stake Turner.

Here is one area where various claims do not match up.

" After the arrest, the Smith case was widely published in the newspapers and is well known in the community. Plaintiff had been told by others that when the allegations against Smith were first known to Moss, Moss did not call the police, but rather had a law firm come in to look at the situation, purportedly to determine the district's liability, and then allowed Smith to return to campus and continue working for the district
Smith was never terminated by the district, but upon information and belief, did ultimately tender his resignation. around the time of his arrest more than six months after the allegations were first brought to the attention of Moss."

In other business Thursday night, the board met in executive session for about five minute before returning to take personnel actions.

The board voted unanimously to employ:

The board voted unanimously to transfer:

The board also voted unanimously to accept resignations/retirements of:

• John Watts as Career and Technical Education chair at the High School.

• Kim Liggett as first aid at Forest Heights. She was replaced by Becky Borland.

All board action was based on Superintendent Dr. Mendy Moss’ recommendations.

Great, there is already drama involved with this lady, and she's just in the interviewing stage? Ugh. Move on Joplin! Find somebody somewhat drama free, please?

@6:05AM on paid leave while under investigation. I am two towns over and he never was left with kids again in Harrison!!

Board records indicate Smith resigned effective September 1, so the post will be changed to reflect that.

No wonder nobody except you tax-trough bottom-feeders trust the public school system anymore.

I wish the law suit was settled, but I'm willing to give her a chance if she's chosen. We just have to do the part of the public and pay attention to what the district leadership is doing.