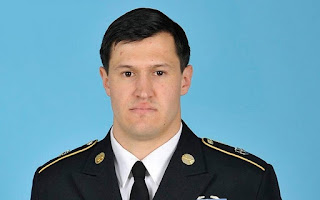 Gov. Jay Nixon has ordered that the U.S. and Missouri flags at state buildings in all 114 counties and the City of St. Louis be flown at half-staff on Saturday, Nov. 19, to honor the bravery and sacrifice of Sergeant First Class Matthew C. Lewellen. Sergeant First Class Lewellen, age 27, of Kirksville, was a member of the United States Army Special Forces (Green Beret) who died on Nov. 4 while serving his country in support of Operation Inherent Resolve in Jafr, Jordan.

In addition, Gov. Nixon has ordered that the U.S. and Missouri flags at all state buildings in Adair County be flown at half-staff from Nov. 20 through Nov. 25. The funeral for Sergeant First Class Lewellen will be held on Nov. 19.

“We mourn the loss of this brave American soldier in defending our country and our freedoms,” Gov. Nixon said. “I ask that Missourians remember and honor the sacrifice of Sergeant First Class Lewellen when they see the lowered flags.”