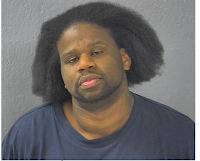 Lafayette Starr, 30, Springfield, is being held on a $2 million cash only bond.

Williams told Jasper County deputies that Starr shot him first and told him he would come back for him.

The shootings took place around 1:30 a.m. on Gum Road, west of the County Road 30 intersection in Sarcoxie.