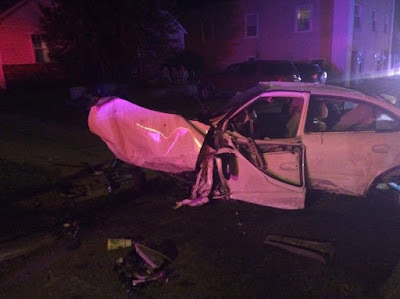 An Iowa sex offender has been charged with two felonies in connection with a high speed chase that ended Friday morning when he crashed into the Diamond Post Office.

Online Newton County Circuit Court records indicate Mason D. Vang, 21, Webster City, Iowa, has been charged with assault in the second degree with a special victim and resisting arrest by fleeing creating a substantial risk of injury or death. The assault charge came as a result of Vang ramming a Newton County deputy's vehicle. 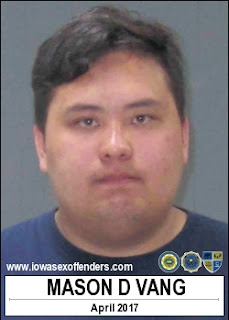 Newton County Sheriff Chris Jennings told KZRG that the chase began when a deputy tried to make a traffic stop at I-49 and V Highway. Vang turned on to Cortez Lane, a dead end. When the deputy got out of his car, Vang backed up and rammed the car.

According to the Iowa Sex Offender registry, Vang was convicted two years ago of assault with intent to commit sexual abuse.