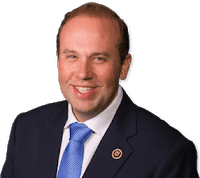 The U.S. House of Representatives Budget Committee has one job – to produce a budget. It’s the primary responsibility of governing, and a budget is the only document Congress produces that looks at total federal revenues, spending, and deficits and charts a course for the future. Without one, your government is flying blind.

Congress is required by law to complete a budget by April 15, but this week that deadline will come and go, with no plan at all from the Democrat-controlled U.S. House of Representatives.

Instead of a balanced budget – or even a budget at all – House Democrats this week tried to pass a bill that would simply set parameters for more spending in the next year, allowing them to use more of your tax dollars on their agenda.

This quickly fell apart however, as the progressive wing of their party wanted even more money to spend than Nancy Pelosi requested, without any way to pay for it. It’s bad enough that they couldn’t put in the work to responsibly plan for the future, but now they’re arguing about how big they can make their unchecked and unbalanced spending.

Speaker Pelosi quickly trashed every budget President Trump put together and often says, “a budget is a statement of values.” I think it says a lot about her and her liberal party’s values that they can’t even produce a budget.

In the last eight years, the budget committee never failed to produce a budget when Republicans had the majority. We know that families and businesses in Missouri have to operate within their means every day, and the books have to be balanced or your livelihoods are on the line.

The problem is their party has tripped over themselves to promise free college tuition for everyone, a costly health care plan that would kick 175 million Americans off of their insurance, and the Green New Deal, which alone would cost $93 trillion. I’ve been saying all along how unrealistic and costly these are, and it looks like Democrats finally realized that this week as they couldn’t get the math to add up.

There’s simply no way to pay for their pipe-dream proposals, even if they dramatically raised taxes on every single American. Government-controlled health care and the Green New Deal, the two major platforms in today’s Democrat party, together cost $20 trillion more than the net worth of every American household combined.

The only way to pay for these is to bankrupt our country or seize the wealth from every American.

With their work unfinished, House Democrats left town this week for a taxpayer-funded caucus retreat. They hosted celebrities John Legend and Chrissy Teigen, attended a cooking session with a celebrity chef, had a comedian perform, practiced yoga together, and held a workshop titled, “Who are the people?” Perhaps for the next retreat, they should add one more workshop to the list: Budgets and Governing 101.
Posted by Randy at 3:00 PM

Go for it Smitty. Your numbers are things spinning around in your head with no factual accounting. The Green New Deal is a idea of what is needed and will come over the next decade to improve health, climate and the worlds continue existance. You would not know about that and let us look at your party's last two years with continued deficit spending dragging us further in hole. More smoke and you refuse the mirrors as you cannot stand to look at yourself in them.