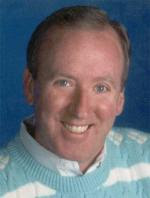 Shank not only announced but sang and entertained between innings. Recalling Shank's renditions at Baum Stadium of the national anthem and seventh-inning sing-a-longs of "Take Me Out To The Ballgame" and between innings announcements and patter, DeBriyn said, "You don't replace a guy like that. Not only a PA announcer with a great voice but a singer, an entertainer."

Dave Van Horn, both a Razorback player and then Razorback assistant coach during the 1980s before returning to Arkansas as head coach after being head coach at Nebraska, said, "I thought we had it going pretty good at Nebraska ... but Larry blew them all away, from announcing the lineup on the field to singing the national anthem to his PA voice. For everyone who has ever been to Baum Stadium, it's a great loss. We never are going to be able to replace him."

A memorial service will be held at 10 a.m. on Tuesday at the First United Methodist Church, located at 206 W. Johnson in Springdale. The family will receive visitors at the church from 6 to 8 p.m. Monday.

Mr. Shank was a 1969 graduate of Carthage Senior High School.
Posted by Randy at 7:35 AM