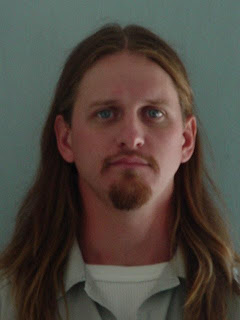 Paul Murray, the Turnpike Killer, was freed from an Oklahoma State prison July 4, according to Department of Corrections records.
Murray, 29, and Benji Trammel were responsible for the January 10, 1994, murder of Sheila Mayfield, Jasper. Murray was originally scheduled to be released Oct. 21. No reason for the change in plans was provided on the department website. Murray had been in the Oklahoma State Reformatory in Granite since Sept. 11, 2003.

Mrs. Mayfield, her sister, Shelly Wells, and her grandmother, Velta Ball, were returning from a Miami, Okla., hospital where Sheila and Shelly's mother, Peggy Gordon, was recovering from surgery. They were less than one mile from the Missouri state line when a rock was thrown from the overpass, crashing through the windshield and killing Sheila instantly.

As mentioned in the June 8 2005, Turner Report, two teens were arrested for the murder. One, 15-year-old Benji Trammel, pleaded guilty, was sent to a juvenile correctional facility, was released when he turned 18, and the crime was removed from his record.

More than five years passed before Paul Murray, who was 16 at the time of the murder, finally pleaded guilty to murder in the second degree. He was initially charged with first degree murder after Oklahoma officers found a notebook in his school locker which depicted the same scenario which had claimed Sheila Mayfield's life. Later, the charge was downgraded to second degree murder, to get Murray to enter his plea and to finally bring the case to a close.

Murray entered an Alford plea, meaning he conceded there was enough evidence to convict him, but he was not saying he was actually guilty. As a part of the plea agreement, as The Carthage Press reported in John Hacker's story in the Feb. 2, 1999, issue, Murray's sentence was to be reviewed in 120 days and if he maintained good behavior during that time, his sentence would be reduced from 15 to only five years in prison. He was freed after that four-month period. No five-year sentence, just the four months. Murray was released after four months despite a pre-sentence investigation which said he remained a "danger and a threat to the community and himself."

As of mid-summer 1999, Paul Murray was a free man. His brushes with the law did not end. On March 12, 2002, he pleaded guilty to a public intoxication charge. Four months later, he was stopped and charged with not wearing a seat belt. On March 10, 2003, it was failure to pay child support.Finally, and no information is available from court records as to what ended up sending Murray to prison, it was determined that he had violated the terms of his parole and he was sent to prison.

I am interested in this story, i beleive I have known the other paerson involved.. Benji Trammel. This person has been a friend for 5 years or so..I googled his name while we were both at computor and this story appeared. He left the room and didn't say much..I thought it was my friend since Benji had all the same similairities as thie one inthe story,the same age, domestic abuse.. also after reading story my friend had little or no reaction. My friend also fits the scenario. Can you include pic of benji too would like to know this is very delicate,but i'm sure it's him.

I don't have any photos of Benji Ttammel. His portion of the case went though the juvenile system so his picture was never circulated to the public.

I am a very close friend of Paul Murray. He talks about this sometimes but not too much. He tells everyone he took the blame for Benji so he didn't get in so much trouble. Paul is actually a very good man and nobody should look down on him.