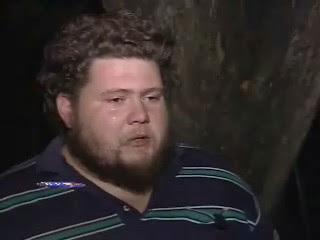 David W. Spears, 25, Stella, the man who is accused of the brutal rape and murder of his nine-year-old stepdaughter Rowan Ford, has a pre-trial hearing set for 10 a.m. Monday before Judge John LePage in McDonald County Circuit Court on a DWI charge.

According to McDonald County Circuit Court records, a Missouri Highway Patrol trooper arrested Spears Feb. 22 on charges of driving while intoxicated and driving without a valid driver's license.

Justice has not been swift for David Spears in this case, according to court records. After his April 2 arraignment, Spears has yet to appear in court. An April 30 pre-trial conference was rescheduled due to a conflict for Spears' attorney, Abe Paul. The hearing was also rescheduled on May 17, May 21, June 18, July 16, July 30, Aug. 29, Sept. 25, and Oct. 30. On some of those dates, it was postponed because Paul had conflicts. On other dates, no reasons are given on the case.net files.

McDonald County Circuit Court records also show that Spears, again represented by Paul, filed a civil action against the Missouri Department of Revenue on Feb. 3, 2005, appealing the revocation of his driver's license. Eventually, he lost the case, the records indicate.

Monday's hearing is likely to be postponed due to the security that would be necessary both to transport Spears from Barry County where he is awaiting trial on first degree murder, forcible rape, and statutory rape charges, and to hold the hearing in the McDonald County Courthouse.
Posted by Randy at 12:18 AM

Wow. He is going to spend the rest of his life in jail being gang-raped and beaten. NOW he has to add on the loss of his driver's license? I bet this guy is just in tears over his DWI appearance. It's a major deal now...