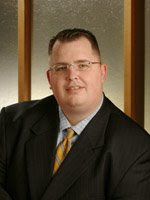 The posts that brought a libel suit against Republican operative and blogger Jeff Roe have been removed from his blog, The Source.
As The Turner Report was the first to note in a March 30, 2007, post, St. Charles County Commissioner Joe Brazil filed the libel suit against Roe after Roe slammed him in two posts just before Brazil's primary race for state senate against Scott Rupp. Brazil was beaten soundly in the election.
All of Roe's archives, with the exception of the past three months, have been removed from the website. Fired Up Missouri notes that both Roe's blog, and the GOP blog, The Pulse, written by John Hancock, either changed (in the case of the Pulse) or removed (in the case of The Source) potentially libelous materials concerning Scott Eckersley, Gov. Matt Blunt's attorney, who was fired during the recent controversy over destruction of e-mail messages.
But the attacks on Roe are among the wealth of other material that no longer is accessible to the public, at least at this time.

Is this what Missouri needs in one of its Senators? The Source thinks not. Perhaps Joe Brazil should examine his own past before he attempts to disguise himself as a Republican. Brazil has no business even thinking about running a campaign against incumbent Scott Rupp. Rupp is what Missouri needs in the StateSenate. He is a responsible, strong, family man who Brazil could learn a lot from.

The second attack, three days later, was the one which caused Brazil to tell First Capital News "He (Roe) told lies, misrepresented facts and brought up an incident that happened when I was 18 years old and then lied about it,"

Roe's allegations were not supported by the facts. In its Feb. 6, 2007, edition, the Kansas City Star examined Roe's role in the senate race:

Last year, Roe trained the focus of his daily political blog, The Source, on a state Senate race in east Missouri. Roe talked about the death of a best friend of Joe Brazil, a candidate in the race whom Roe opposed.
Brazil and his friends were dumping sand in their high school parking lot for an unauthorized "beach party" during their senior year. Brazil was driving a dump truck and accidentally ran over his friend while backing up.
Roe wrote that alcohol was involved. Brazil denied it; authorities had filed no charges.
Still, the story zipped through cyberland, and Brazil lost.
Asked about the Brazil race, Roe said, "If they don’t like it, then they don’t like the truth."

The veracity of Roe's story was addressed by the blog, the O'Fallon Watchdog, which broke the lawsuit story along with The Turner Report:

Mr. Brazil has vehemently denied the allegation that he was drunk or that he had any alcoholic beverages the night of the accident. Mr. Brazil's denial is supported by the Florissant police officer who was called to the scene and indicated in his report that Mr. Brazil was not drinking. No charges were ever filed. In addition, classmates of Mr. Brazil who were with him the day of the accident have also indicated Mr. Brazil was not drinking. A story discussing Mr. Roe’s August 4, 2006 web posting appeared in the St. Charles Suburban Journals which quoted Mr. Pierce's mother as saying she never blamed Mr. Brazil for the accident and that to her knowledge alcohol was not involved. Mrs. Pierce went on to state
"believe me if it had not been an accident I would have prosecuted...but he (Joe Brazil) was as tore up as I was."

***
Get the lowdown on Missouri politics in The Turner Report book available at Amazon.com
Posted by Randy at 9:27 PM

Roe reprinted what another site had written, clearly stated that fact. No libel. The post from the other site was written by a classmate of Brazil's who was their the night of the accident. Several other classmates have similar stories regarding that evening. It has been said that Brazil was not thoroughly investigated or BAC checked due to his fatner being a powerful man in Florissant who ran in the right political circles. It is Brazil and The First Crapitol News who libeled Roe.