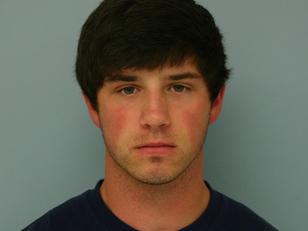 Reportedly, Bradberry will be sentenced to up to 10 years in prison as part of a plea bargain. The details of Bradberry's crime are outlined in this probable cause affidavit from the Taney County Sheriff's Department: 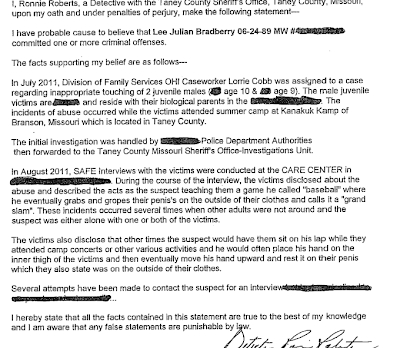 Bradberry is the second Kanakuk employee to plead guilty to sex charges involving underage boys. Former camp director Pete Newman is serving two life sentences. Kanakuk, its CEO Joe White, and Newman are being sued in U. S. District Court for the Northern District of Texas by the family of one of Newman's sexual abuse victims, while another lawsuit was filed against Kanakuk and Newman in Taney County.
Posted by Randy at 5:23 PM