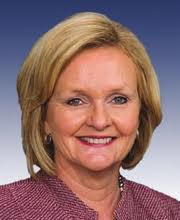 (From the Claire McCaskill for Senate campaign)

McCaskill for Missouri Campaign Manager Adrianne Marsh released the following statement today after the Missouri Press Association candidate forum: "Today's candidate forum once again provided Missourians with a clear choice between Claire McCaskill, a fiercely independent Senator on our side, and Todd Akin, whose extreme positions would leave working families out in the cold. Over the next six weeks, we fully intend to make sure all Missourians have a very clear understanding of Todd Akin's positions—including his plans to privatize Medicare and Social Security, eliminate federal student loans, abolish the minimum wage and end the federal school lunch programs. Today's debate once again offered a window into Todd Akin's mind and true beliefs, and we look forward to discussing more of his extreme positions." In her closing statement, Claire emphasized her strong record of putting Missourians first and working across the aisle to find commonsense solutions at the table of compromise. Unlike her opponent, Claire does not believe compromise is a dirty word, and she is proud to have worked with Republican colleagues like Sens. Sessions, McCain, Blunt, and Rubio in order to reach bipartisan compromise on issues that Missourians care about. Throughout today's debate, she emphasized her credentials as among the most moderate U.S. Senators, willing to buck her party when necessary to be on the side of Missouri families.
Posted by Randy at 6:22 PM