News release- When it comes to crime, Ed Martin's a stud; Chris Koster's a pansy 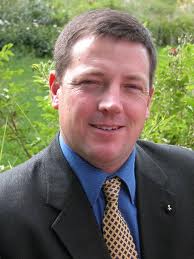 (From the Ed Martin for attorney general campaign)

Liberal Democrat Attorney General Chris Koster wants Missourians to believe what he says about his crime record, but the facts tell a very different story. Instead of focusing on prosecutions, Chris Koster has been focused on politics for himself and defending Barack Obama. Meanwhile, crimes in Missouri have skyrocketed and Missourians are entitled to feel less safe than ever. Consider these facts about Chris Koster’s failed record on crime:
Steve Michael, campaign manager for Republican Attorney General candidate Ed Martin said the numbers are a sign of failed policies over the past 20 years under liberal Democrat Attorneys General: “Missouri has suffered under the failed policies of liberal Attorneys General since 1992. Our urban cores are becoming a hotbed of criminal activity while the rural areas of the state have to deal with the problems of meth production and addiction. All the while, Attorney General Koster says he is ‘all prosecutor, no politics.’ But the facts prove he is just the opposite - all politics and no prosecutor. It is time to replace slick-talking politicians with real solutions to reduce crime in our state.”Earlier this month, Ed Martin announced his intention to create a ‘Crime Cutting Council’ within the office of the Attorney General. On Monday, he unveiled the initial members of the Council.
Posted by Randy at 5:50 PM

What would he know about prosecutions as he has never done any. The AG's job is not to cut crime down but to prosecute it. It is law enforcement's job to deal with crime. He does not have a clue what the job entails.

Ed Martin is just another big mouth Republican trying to bolster his own back side. Has no more business being AG in Missouri than a chihuahua has being a guard dog in a State Prison.