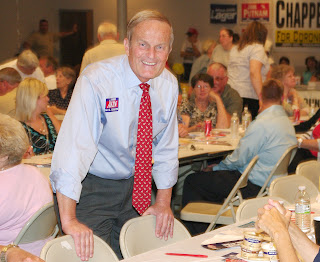 The deadline has passed for Congressman Todd Akin to withdraw from the U. S. Senate race. Faced with no choice, the Missouri Republican Party embraced the "legitimate rape" candidate with the following statement:

Only one word describes them...Puke.