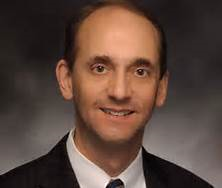 Almost without fail the past couple of months, any time I have had a post about retired billionaire Rex Sinquefield trying to buy candidates, such as GOP candidate for governor Catherine Hanaway with oversized contributions, an anonymous commenter has asked why I do not write the same things about Joplin businessman David Humphreys and the $111,111 he contributed to State Auditor Thomas Schweich.

This running commentary seems to go in line with the idea being pushed that Humphreys has bought the state audit of the Joplin R-8 School District, therefore anything that is discovered during the audit has to be taken with a grain of salt.

First, I have reported on Humphreys' contributions over the years, including the $111,111 to Schweich.

The propaganda wave attempting to discredit the audit before the results are revealed can be expected. It started before the audit even began, with supporters of C. J. Huff making sure the media were aware of Humphreys' contributions. Stories in newspapers across the state suggested an ulterior motive, while reporting that C. J. Huff had requested that an audit take place.

One thing that has not been mentioned is that one noted C. J. Huff supporter, Peter Herschend of Silver Dollar City, the president of the State Board of Education, who held a closed door meeting with Huff at 32nd and Duquesne shortly before the R-8 superintendent announced he was in the running for the Missouri commissioner of education position, has contributed $115,000 to Schweich, according to Missouri Ethics Commission documents.

Both Herschend and Humphreys have been contributing to Schweich for the past few years.

It is safe to say we are getting a professionally done audit.

It is also safe to say that we need to do something about a system that permits unlimited contributions to candidates.
***

Keep trying. The stench of hypocricy doesn't wash off easily.

What are you afraid of CJ?

I'm trying to figure out where the hypocrisy is here. Please inform us with your mighty wisdom. Drive-by snarks don't cover the topic adequately.