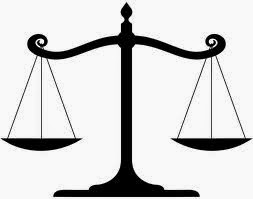 Tammy Dickinson, United States Attorney for the Western District of Missouri, announced that a Springfield, Mo., man was sentenced in federal court today for his role in a conspiracy to distribute more than $1.3 million of synthetic marijuana, commonly referred to as K2.

Travis E. Butchee, also known as “Donkey,” 38, of Springfield, was sentenced by U.S. District Judge Brian C. Wimes to seven years in federal prison without parole. The court also ordered Butchee to forfeit to the government $1,354,034, which represents the proceeds of the mail fraud conspiracy and for which Butchee is jointly and severally liable with his co-defendants.

On Oct. 15, 2013, Butchee pleaded guilty to participating in a conspiracy to commit mail fraud and to participating in a conspiracy to commit money laundering. Butchee admitted that he conspired with others between March 1, 2011, and June 24, 2013, to defraud the Food and Drug Administration and to defraud the public by falsely representing that a number of synthetic cannabinoid products were “incense” or “potpourri” and “not for human consumption.” In reality, Butchee admitted, these substances contained compounds that were intended for human consumption as a drug.

Based upon the invoices, ledgers, and product seizures by law enforcement, this conspiracy was responsible for the manufacture and/or distribution of at least 188.14038 kilograms of synthetic cannabinoid products.

In a separate but related case, Butchee’s wife, Victoria A. Butchee, also known as Victoria A. Wohlin, 29, of Springfield, also has pleaded guilty to her role in the mail fraud conspiracy and awaits sentencing.

Travis Butchee opened The Man Cave, a retail business at 1927 S.Glenstone in Springfield, in February 2013. Travis Butchee and Saguto are the owners of Southern Spice, LLC and Saguto is the owner of Blues Away, a head shop and novelty store in Memphis, Tenn. Turner was employed by Saguto at Blues Away.

Plea agreements for both Travis Butchee and Saguto cite a number of transactions in which materials used to manufacture and distribute synthetic cannabinoids were shipped via UPS or FedEx to members of the conspiracy – including controlled substance analogues (synthetic chemical compounds similar to THC, the psychoactive ingredient in marijuana), green leafy substances which served as carrier media, labels that were affixed to packages of “Donkey Punch,” “Jolly Grape Giant,” “South of the Tracks,” “Baby Face,” “Scarface,” “Hillbilly Hay,” and other synthetic cannabinoid products, and foil and plastic packaging bags.

Travis Butchee and Saguto also admitted that they conducted financial transactions that involved the proceeds of the unlawful mail fraud conspiracy. They conspired to wire funds to the People’s Republic of China in order to carry out the conspiracy.