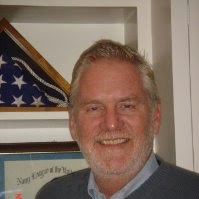 It must be a dream world in which Joplin Globe guest columnists live.

Burlingame says there was absolutely nothing wrong with Caldwell referring to President Obama as a monkey:

(A) monkey is another word for a funny and scatter brained like “thing”. When one is accused of “acting like a monkey” I never considered it a racist comment. Get off this liberal racist accusation against any and all opposing Obama.

In another part of his response, Burlingame launched into a defense of the Joplin Globe:

I do dislike your accusations against the Globe. Yes I was a former, free lance employee of the Globe and appreciated that opportunity, a lot. But I have had NO relationship of any sort with the Globe for now two years or so. I only now pester Carol or occassionally some of her reporters with emails from time to time and remain allowed to mildly get on the case of the Globe in a column or two from time to time as well. You can certainly do the same.

Far more than her predecessor, Carol has worked HARD to achieve balance in the Globe, particularly on and in the opinion pages. Before it truly was a “right wing rag”. Not so today even though the majority of its readers are decidedly right wing. So when you blast the Globe for publishing Caldwell, remember if you can a Globe endorsement for Obama in 2008!!! Talk about putting your neck on a chopping block!!

I have no problems with Carol Stark and the Joplin Globe publishing conservative or liberal columnists. It would be nice, however, if she found some that can write.
Posted by Randy at 6:20 PM

Being a Caucasian male, I take no personal offense at almost all racial slurs. Just like racism, we are taught which words and phrases should be offensive to ourselves and others. The only people who benefit by the power given these epithets are those who genuinely habor racist ideas. Hopefully, through reeducation, the "n" word, and others to whom we give way too much power, will be as insulting as the word potato.

Havng said that, we are still faced with the underlying intent to disparage others. When these good ole boys (of which I am one) use otherwise benign descriptors, the message is unmistakable. If you mean " incompetent, or silly" then say so. Do not use a historically loaded term that you know will be taken by everyone to be a racial insult. Also, stop insulting our intelligence, and undermining yours, by arguing that you meant something else.