Note to City of Joplin- We don't need a master developer 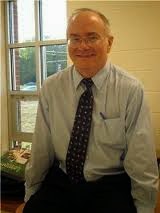 If Wallace-Bajjali is a master developer, I would hate to think how bad an ordinary developer would be.

David Wallace, the face of Wallace-Bajjali Development Partners, was nowhere in sight Tuesday night as the Joplin Redevelopment Commission heard one of his underlings explain how the master developers needed more taxpayer money to be able to function effectively.

After effectively playing a shell game for months with the purchase of the Cola-Cola building, the master developer now let the Commission know he wants (and he received) more time to close the deal on 15 pieces of property that are supposed to be used for a movie theater and shopping center at 20th and Connecticut.

A better question would be how anyone bought into the idea that the city actually needed a movie theater and shopping center at 20th and Connecticut and why we should spend millions to get it.

But we're past that point.

Wallace-Bajjali was supposed to buy the properties by the end of the year. Now the deadline will be February 6, and according to the Joplin Globe's account of last night's meeting, Wallace-Bajjali wants another $4 million of taxpayer money.

So let's take a look at what the city's relationship with Wallace-Bajjali has brought us so far.

All right. Now that we have taken a look at what Wallace-Bajjali has brought us, isn't it time that we sent our master developers packing?
***
SUBSCRIPTION OFFER- Millions upon millions of taxpayer money has been spent since the Joplin Tornado. Consider taking a subscription to help the Turner Report/Inside Joplin continue to offer investigative reporting and commentary that represents the taxpayer and not the special interests who began cashing in almost the minute after the tornado hit this city. Check out the subscription button on the upper right hand side of this page. Subscriptions cost $1 per week, $3 per month, or $30 per year. You can also subscribe by sending a check to 2306 E. 8th, Apt. G. Thank you.
Posted by Randy at 4:10 AM

Through Wallace, the city now owns most of 20th street. Wallace made sure the city dramatically overpaid for most of it. In an odd way, it would probably be better if the city kept it, and put it all back up for sale at the real market value and take the loss, then force it into the hands of Wallace. Wallace would just let the land sit there empty as it would be unlikely to command anywhere near what the purchase prices were. If the city just would accept to get out of the developer business, sell it at the best price to independent people, then we might have something.

It's just so disappointing. I grew up near Moore, Oklahoma a few weeks ago drove through the town. There's hardly any indication that a deadly tornado destroyed much of their community less than 2 years ago.

Their elementary schools were rebuilt and opened within a year. And more than half of the destroyed homes had been rebuilt in 12 months or less. The city beefed up building codes (residential homes must now be able to withstand 135mph winds- up from the 90mph pre-2013 standard) and spent $15 million of their own money on debris removal. They didn't see the disaster as an opportunity to "develop" their town. They put structures back where they were before they were destroyed and made those structures a bit stronger. They did it without a CART or development commission. They did it with very little fanfare.

Do you know what Moore doesn't have? You guessed it- they don't have a master developer. They have city employees and elected officials who have done their jobs.

7:53
You obviously left out the fact that CJ went down there on one of his excursions and declared something. Otherwise your account makes no sense.