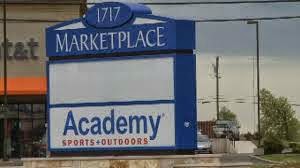 Richard Gregg, the former developer of 1717 Marketplace on Rangeline in Joplin waived the reading of his indictment today and pleaded not guilty to 25 felony counts, including bank fraud, money laundering, wire fraud, and bankruptcy fraud.

Gregg, 59, Springfield, was indicted by a federal grand jury July 24. He was already being held on 17 counts. The indictment added eight bankruptcy fraud charges.

The indictment was explained in a news release issued in July by the U. S. Attorney for the Western District of Missouri:
Gregg was the principal shareholder and director of Southwest Community Bank in Springfield, which failed in May 2010. He and his wife were majority shareholders in Glasgow Savings Bank in Glasgow, Mo., which failed in 2012. Prior to Glasgow Savings Bank’s failure, it was one of the oldest operating banks west of the Mississippi River. Gregg was also a real estate developer, an investor and a licensed insurance agent for the Shelter Mutual Insurance Company. Gregg had ownership interest in and controlled a number of business entities.

According to the indictment, Gregg and his business entities accumulated substantial debt. On the May 14, 2013, statement of financial affairs Gregg filed in his personal bankruptcy case, he reported owning assets valued at $145,030,779 and total debts of $325,512,798, reflecting a deficiency of $180,482,019. As of Feb. 28, 2013, the indictment says, approximately $14.6 million of the known debt attributable to Gregg and his business entities had been “charged off” by the creditor financial institutions, meaning they had defaulted and the financial institution had “written off” part or all of the loan because it determined the debt was not collectable.

Gregg was charged in the original indictment with one count of bankruptcy fraud. On Aug. 14, 2012, Gregg allegedly made false declarations by submitting false Schedules of Assets and Liabilities and a false Statement of Financial Affairs (SOFA) in his bankruptcy proceedings. Gregg stated that the bankruptcy debtor, 1717 Marketplace, LLC, owed him $868,000 for a “personal loan,” and owed another person $801,000 for a “personal loan.” In fact, as Gregg knew, neither he nor the other person had lent 1717 Marketplace, LLC funds in those amounts.

Four of the additional eight counts of bankruptcy fraud also relate to the false statements made by Gregg in the same bankruptcy proceedings.

Four of the additional counts of bankruptcy fraud relate to the allegedly fraudulent transfer of property in Gregg’s personal bankruptcy case, which he filed after having been indicted last year for, among other crimes, bankruptcy fraud.

The indictment also alleges that Gregg, with the intent to defeat the provisions of Title 11, fraudulently transferred property of the bankruptcy estate when he signed an offer that purported to place liens on the real and personal property of Gregg and the entities he owned and controlled. On May 24, 2013, after his personal Chapter 11 bankruptcy case was converted to Chapter 7 and a trustee was appointed, Gregg accepted an offer on behalf of FRS, LLC, and 1717 Market Place, of $40 million “in the form of Property Tax Abatement based on a certain lien recording against this subject property.” According to the indictment, however, Gregg’s interests in those companies and in his personal property had become the property of the bankruptcy estate upon the commencement of his personal case on March 19, 2013.

The remaining charges contained in the superseding indictment remain unchanged from the original indictment.

Fremont Property
The federal indictment alleges that Gregg engaged in a scheme to defraud Southwest Community Bank in 2008. As a part of this bank fraud scheme, the indictment says, Gregg sold the bank a piece of commercial real estate at 2814 S. Fremont in Springfield for $1,551,944. Gregg allegedly knew that amount was significantly above fair market value.

The indictment charges Gregg with four counts of money laundering related to this bank fraud scheme.

According to the indictment, on May 6, 2009, with a $1.5 million balance remaining on the loan from Great Southern Bank, Gregg checked out the original FBSI stock certificate from Great Southern Bank, using as a pretext the stated purpose of separating the large certificate into multiple smaller certificates. He signed a trust receipt promising to return to the certificate to the bank within 30 days. Instead, the indictment says, Gregg deposited the collateralized FBSI shares into his account at Scottrade, a privately-owned retail brokerage firm located in St. Louis, Mo. On May 28, 2009, Gregg allegedly borrowed $440,000 from Scottrade, from the margin account on which the defendant used the FBSI stock as collateral. Gregg chose not to return the FBSI certificate or any proceeds he received to Great Southern Bank, according to the indictment, and instead used the funds for other purposes.

The federal indictment charges Gregg with two counts of bank fraud related to schemes to use collectible automobiles as collateral to obtain loans, then sell the automobiles without paying back the loans. In January and February 2010 Gregg allegedly executed separate but related schemes to defraud Great Southern Bank, Metropolitan National Bank and People’s Bank of the Ozarks. As a part of these schemes, the indictment says, Gregg sold seven collectible automobiles at the Barrett-Jackson Auto Auction in Scottsdale, Ariz. Five of the automobiles were encumbered at the three banks.

According to the indictment, Gregg borrowed $400,000 from Great Southern Bank in October 2007, which he secured with four collectible automobiles, including a 2006 Ford GT. Gregg consigned the 2006 Ford GT with the Barrett-Jackson Auto Auction in Scottsdale, Ariz., where on Jan. 23, 2010, the vehicle was sold at auction for approximately $150,000. Gregg allegedly chose to not return the proceeds of the sale of the Ford GT ($138,000 after deducting the auctioneer’s fee) to Great Southern Bank and instead used the funds for other purposes. When Gregg defaulted on the loan, Great Southern Bank realized a $129,644 loss.

According to the indictment, Gregg borrowed $400,000 from Metropolitan National Bank in 2005. He secured this loan with a “floor plan” financing, meaning the loan was a revolving line of credit made against specific pieces of collateral, in this case automobiles. When each vehicle on the floor plan was sold, the loan advanced against that piece of collateral was to be repaid. This loan was renewed in December 2009. In January 2010, the collateral included a 1971 Chevy Cheyenne Pickup. The portion of the loan’s balance collateralized by the 1971 Chevy Cheyenne Pickup was $17,221. Gregg also consigned the 1971 Chevy Cheyenne Pickup with the Barrett-Jackson Auto Auction, the indictment says, and it was sold for approximately $29,000. Gregg allegedly chose to not return the proceeds of the sale ($26,680 after deducting the auctioneer’s fees) to Metropolitan National Bank and instead used the funds for other purposes. When Gregg defaulted on the loan, Metropolitan National Bank realized a $17,221 loss.

The indictment charges Gregg with six counts of money laundering related to these bank fraud schemes.

Between Feb. 16 and March 1, 2012, Gregg allegedly presented five checks payable to Downstream Casino and Resort in Quapaw, Okla., in the total amount of $60,000. Gregg allegedly knew his bank account contained insufficient funds to cover those checks.
Gregg is being held without bond.
Posted by Randy at 3:38 PM