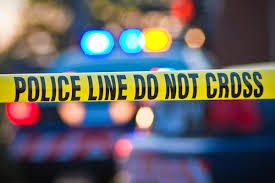 (From the Joplin Police Department)

The Joplin Police Department has classified the investigation of the shooting death of James Swatsenberg as a homicide investigation. The autopsy indicates that the victim died as a result of a single gunshot wound.

On May 18th 2015 at 8:18 p.m. Joplin 911 received a call of a shooting at K-Wood Mobile Estates 200 East Zora lot 38. On arrival officers found the victim (name withheld pending notification of next of kin) a 49 year old male deceased in the residence, due to an apparent gunshot wound. The victim’s roommate Alexander C. Sewell (39) was on scene at the time of the shooting. Sewell is currently in custody on the charge of being a felon in possession of a firearm. An autopsy is scheduled for later today. This investigation is continuing and more information will be released as it becomes available.