Billy Long: Government should not hold back medical research 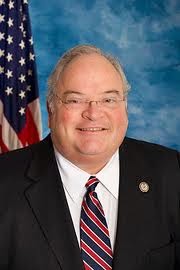 For more than a year, the House Energy and Commerce Committee (E&C) has been working with doctors, patients, drug manufacturers, government researchers and regulators to investigate how we, as Congress, can help advancements in American medical innovation and treatments. This week, these efforts passed E&C unanimously, 51-0, to be brought before the full House of Representatives.

The 21st Century Cures Actwould take multiple approaches to enhance the federal government’s positive impact on medical research and development and while breaking down regulations hindering medical advancements. The bill would facilitate public-private partnerships to spur further innovation, establish a priority process for the Food and Drug Administration’s (FDA) review of breakthrough medical devices and treatments, and grant additional resources to federal agencies such as FDA, National Institutes of Health, Centers for Disease Control and Centers for Medicare and Medicaid Service. This only scratches the surface.

In the fields of medical research and drug development, government should not be what holds America back from reaching our full potential. 21st Century Cures is a strong step to make that a reality.

For example, I am the lead sponsor of H.R. 2452, which is included in 21st Century Cures as section 2101. It would allow drug manufacturers, which have the most in-depth sophisticated information about their products, to share important data with certain health care professionals. This would arm medical providers with scientifically-sound economic data needed to ensure the most effective and efficient treatments for specific patients with specific conditions. Doctors would have better understanding of which drugs work best for certain patients, opening informed competition and driving innovation for better drugs and successful treatments.

21st Century Cures is groundbreaking landmark legislation that would do wonders to streamline researchers and scientists’ work to develop cures and treatments of modern day diseases. It would give doctors the tools they need to provide Americans with high-quality, world class care. It would implement real reforms to the governing bureaucracy and improve the American medical landscape. As the father of a cancer patient, I know the great impact every American individual and family would feel as a result of this powerful bill.
Posted by Randy at 6:12 PM