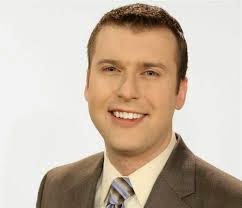 KOAM's Jordan Aubey has been all over the Wallace-Bajjali story. The same can be said about the Joplin Globe, but Aubey has been working on it since long before the former master developing firm left Joplin.

In Aubey's two-part series, "Where in the Word are Wallace and Bajjali?" Aubey goes to Sugar Land, Texas, the home town of the former Wallace-Bajjali partners, talks briefly to Mrs. Wallace and Mrs. Bajjali, and to people who are familiar with the developers.

A quote from one of the Sugar Land people interviewed by Aubey goes along with the revisionist history that the Joplin Globe and Joplin city leaders have been pushing about Wallace-Bajjali since the firm left Joplin.

The idea that the people of Joplin were "mesmerized" by the smooth talking David Wallace is ludicrous. The people on the Citizens Advisory Recovery Team (CART) were mesmerized because Wallace told them what they wanted to hear, and the same rang true for some members of the Joplin City Council.

However, I remember from the first time the name Wallace-Bajjali was made public there have been people who were not buying into either the firm or into the idea that Joplin even needed a master developer.

That number included people who read about the background of Wallace-Bajjali's on this blog, beginning on March 31, 2012, more than three months before the city entered into a contract with the Texas firm.

The number, from what I hear, also included Jordan Aubey.
KOAM TV 7 Joplin and Pittsburg
KOAM TV 7
Posted by Randy at 6:50 PM