My New Year's Eve stay at the Freeman Hotel 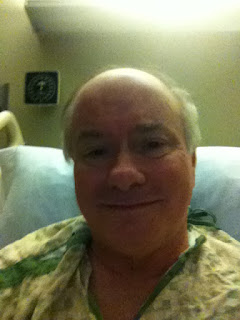 I can't recall the exact moment or an incident that prompted my change, but sometime over the years, I stopped losing control of my temper over what I later realized were small incidents.

It might have been something that happened about 15 years ago that started me on the pathway to my current, more amiable disposition. I had been having problems when I went shopping at Hastings. Every time I left the store, I set off the security device. Since I almost always purchased something, someone would wave me through. It was more of a nuisance than anything else.

One Friday night, I shopped awhile, then started to leave without buying anything. Once again, I set off the security device and this time, I was not waved through. "Please stop," a young man said, so I did.

I was already frustrated, embarrassed and angry. so when the young man told me he needed to see what was in my pockets, I showed him- by dropping the items one after another, on the floor. After nearly five minutes of drawing attention for something that should have been finished in a few seconds, the Hastings employee, who stayed remarkably calm considering my actions, finally discovered that the offending item was a card I carried in my wallet.. The employee even picked up the items from the floor.

And then he apologized to me for the inconvenience.

As I walked out of the store, I couldn't help thinking, correctly, that  I had behaved like a complete idiot. The employee had done nothing to deserve the hassle I gave him and I had gained nothing by my display. The problem would have been solved much sooner if I had behaved like a decent human being.

As the years have passed, I have mellowed in other ways, as well, not even realizing it. I doubt if those who remember me from the days when I was kicked out of six baseball games would have even recognized the person who worked as a classroom teacher.

And perhaps it was dealing with people and their frustrations with teachers, whether it be students or parents, helped prepare me for my unexpected holiday activities.

For the past few weeks, I have had problems with walking, I could go a few steps and then I would feel a pressure on my chest. When this happened, I stopped, took a breath, waited for the feeling to go away, and then continued walking, usually having no difficulties.

But it kept happening.

After Christmas, I called the office of Dr. Stauffer at the Freeman Heart Institute, the doctor who put in three stents when I had my problems in April. An appointment was scheduled for 10:30 a.m. New Year's Eve. I only had to wait about 15 minutes after I arrived before I was in to see the doctor. I was given an EKG and then walked on the treadmill. I made it for quite a while, but then I could go no further and when I was finished and was told to lay down, I felt the same pressure as before.

Dr. Stauffer said the problem appeared to be that a stent needed repair and gave me two options. I could have it done that afternoon or 10 days from then since he was going out of town. I opted to have it done sooner.

I was told I would be going home later that afternoon.

Less than an hour and a half later, the procedure was finished. It turned out I had needed another stent, which required me to stay overnight.

It was not the way I anticipated spending my New Year's Eve, but I was in a hospital filled with people who were working when others were celebrating. It was a full team of health care professionals who were there to keep things running smoothly.

As one nurse recorded my vitals at about 4:30 a.m., she was pleased with my blood pressure reading and noted that the my 122/79 at that point was not what she was seeing with her other patients.

I thought about that a few minutes after she left when I heard a call over the intercom that there was a "Code Blue in Room 255." It was the first of two Code Blues I heard during my stay.

From the window in my room, I saw helicopters taking off and landing at various times. While most people were bringing in the New Year, the people at Freeman were providing the same quality service they provide 365 days a year (and 366 this year).

As the nurses and technicians came in and out of my room the morning of January 1, I was told I would probably be able to leave late in the morning or early afternoon. They kept apologizing to me because they said it would take more time because it was a holiday and only one doctor was on duty at the Heart Institute.

I told them that was fine. At that point, though I was ready to go home, I was just so pleased I was feeling better that I had no problem putting up with a longer wait than anticipated. As it turned out, not only did the doctor have to make all of the rounds, his schedule was frequently interrupted by having to perform various emergency procedures.

After being told I was likely to be released in late morning or early afternoon, I waited hour after hour for the doctor to arrive at my room. As 6 p.m. approached, a nurse named Sara who was on duty when I arrived the previous afternoon  told me the doctor had been called out on another procedure, but that he was back and she would make sure that he came to my room as soon as possible. Even though she was at the end of her shift, she said she would stay until I was released.

I told her I appreciated that, but there was no need for her to do that. She insisted.

Finally, the doctor came in, checked me over, gave me the lowdown on my limitations for the next few days and information about my new prescriptions and said I could leave when the paperwork arrived.

After I dressed, the wait began for the paperwork. About an hour later, it arrived, and true to her word, Sara was the one who brought it in, long after her shift had ended and moments later, I was on my way home.

I can understand the frustrations people go through when they are in the hospital. When your life has been placed in others' hands and you have little control over what is happening, it is easy to get upset when the schedule doesn't go your way. I heard a few instances of that throughout the day. The people who work at Freeman or Mercy or any other hospital have to deal with that every day.

While I regret my temper tantrums of my younger years, I am happy that I have reached the point where I am not going to be the one who adds to the stress of people who have to deal with more stress than most of us can even imagine.

Thanks to everyone at the Freeman Heart Institute. I would have preferred to spend my New Year somewhere else, but I am grateful that you were there when I needed you.
Posted by Randy at 8:43 AM

Great post, Randy! Thank you for taking care of yourself so you can continue to serve as our eyes and ears.

I love this story, Randy. Thank you so much for sharing. We all have that one or so "things" in our life that is a continual monkey we battle. ... I'm so glad the hospital located the problem and got it fixed! I also had heart issues some years back, and I thought my life was over.. at least quality life. When I woke up from surgery a new and whole person, well, the gratitude and reverence for life I've had ever since is wonderful. God bless you Randy. We all look forward to MANY more stories, even though you just tried to get out of it.. FAIL! LOL Big hugs and much love to you!

Thank you writing this story. I had to share it with my daughter-in-law, as she may have been one of your nurses during your stay. I've always been in awe of nurses and doctors for being willing to take another person's life in their hands. I've not only seen my daughter-in-law, and co-workers, in action, but I've seen them grieve a loss, celebrate minor victories and come home, both mentally and physically exhausted. I've seen her, and other nurses, patiently assist the "not so nice" patients with smiles on their faces, with comments of, "It's OK, their not feeling their best right now."
Thanks again for your praises to nurses at Freeman's, Mercy, and other hospitals. These people work non-stop without a lot of recognition. They are certainly angels sent from Heaven for many, many people.

So glad you realized what was going on AND didn't ignore it.
It is amazing how we learn and grow. Glad to hear about that too.
Rest and heal.

Thank you for your honesty, Randy. That could have been me in Hastings. I hope that period is behind me as it seems to be behind you.

So glad to hear you are feeling better and got the new stent. Happy New Year, Randy.!

Yep, Randy, sometimes we major in minors and minor in majors. Great article!

Randy, as one of the staff members who cared for you during your stay, I would like to personally thank you for your patience and understanding. It is never easy to stay overnight in the hospital. Especially on a holiday, when I'm sure there were many other places you would rather be. I am happy to hear that you are beginning to feel better, and on behalf of all the staff at Freeman we wish you a happy and healthy new year. Thank you for sharing your story.