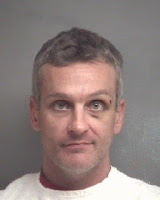 A Joplin, Mo., man pleaded guilty in federal court today to the attempted armed robbery of Pinnacle Bank in Joplin.

By pleading guilty today, Eisenhour admitted that he aided and abetted in the robbery of Pinnacle Bank, 1316 E. 32nd Street, Joplin, on Nov. 14, 2016. Eisenhour also pleaded guilty to aiding and abetting the use of a firearm during a crime of violence.

Eisenhour and LaDue entered the bank at approximately 3:50 p.m. and announced, “This is a robbery, get down!” Eisenhour went behind the bank counter while LaDue stayed near the front of the bank. The sole customer of the bank struggled with LaDue in the bank lobby. During the struggle, LaDue produced a firearm and fired three shots. Both robbers then fled from the bank without taking any money.

Under federal statutes, Eisenhour and LaDue are each subject to a mandatory minimum sentence of 10 years in federal prison without parole, up to a sentence of life in federal prison without parole. The maximum statutory sentence is prescribed by Congress and is provided here for informational purposes, as the sentencing of the defendant will be determined by the court based on the advisory sentencing guidelines and other statutory factors. A sentencing hearing will be scheduled after the completion of a presentence investigation by the United States Probation Office.

This case is being prosecuted by Assistant U.S. Attorney James J. Kelleher. It was investigated by the Joplin, Mo., Police Department and the FBI.
Posted by Randy at 5:27 PM