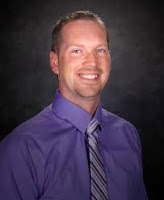 During a closed session Tuesday, the Joplin R-8 Board of Education hired Jason Weaver, currently assistant principal at East Middle School, to be the new principal at Jefferson Elementary.

Weaver has held the assistant position at East for the past four years. Prior to that, he taught social studies at South and East middle schools.