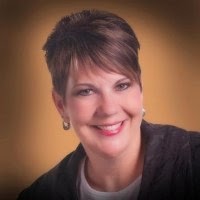 The last remaining person of the group C. J. Huff brought into upper administration in the Joplin R-8 School District no longer works in the district, according to an update posted on her Facebook page Friday.

Jennifer Doshier, who had been serving as executive director of curriculum, assessment, and instruction,  told her Facebook followers, "Today, I said goodbye to a place and people who have been a part of my life for the past 19 years....Joplin Schools.

"I have accepted another position and am excited about my new journey in education which begins this Monday, April 24th."

Only two other people who served on the Huff upper administrative team remain in the district. One of those, CFO Paul Barr, was serving in that position before Huff arrived in 2008. The other, former Executive Director of Secondary Education Jason Cravens, now serves as principal at East Middle School.

Doshier's departure comes as no surprise. When a list of administrators hired for the 2017-2018 school year was released recently, Doshier's name was not included. Since Doshier has 19 years in the district, including enough as a classroom teacher to qualify for tenure, the district was required to offer her a teaching position. That would have been a pay cut of approximately $60,000 a year for Doshier, who was making $100,580 a year as recently as the 2015-2016 school year.

Before being promoted to upper administration, Doshier served as principal at McKinley Elementary, where her primary notoriety came from what became called the "McKinley Massacre" when a group of younger teachers and a veteran teacher shared serious problems in Doshier's building with Besendorfer. The younger teachers did not have their contracts renewed while the veteran teacher, who had tenure, was transferred to another position.

After that shaky year as principal, Huff and Besendorfer rewarded Doshier by promoting her to upper administration and replaced her at McKinley with Terri Hart, who was not even certified as a principal and who did not receive her certification until she had already been at the job for a semester.

Doshier became executive director of elementary education, advocating for costly consultants and admitting at an R-8 Board of Education meeting that she had no idea if the computers that the district was buying for its students were actually helping them with their education.
Posted by Randy at 7:29 PM

Doshier and her coherts are now answers to trivia questions.

Jenny, you played a major role in ruining my school district. Sleep well at night.

So, uh, what other than being loyal to CJ Huff, did she ever do to you, Turner?

Your stalking will never end, will it Turner? OK, we get it. You are a liar and a hypocrite who should be squashed as often and thoroughly as possible.

Sort of undercuts Turner's whines about how CJ Huff and Angie shouldn't have driven off teachers like Turner. After all, if partisans of CJ Huff are fair game for termination, then teachers who think that the school district and the taxpayers owe them a living should be detected, then discharged as soon as possible.

Hey, I'm not the one with nothing much to do who is stalking CJ Huff and the Joplin School Board for removing a rogue teacher who couldn't obey the rules set by elected officials.

For you wannabe government workers, there isn't a job in the private sector where you not only get to do whatever you want but to sass the boss for good measure. If after you got fired you write a blog whining and back-biting about it then you'd never get to work again in that field as word gets around.

You government workers can cause far more trouble, but eventually you will be detected and caught and punished, the only difference being that the rest of us in the private sector think that inability to work out in private practice is an individual matter. With Turner, you wannabe school teachers prove that all of you special snowflakes simply are no damn good and that Turner is merely a little bit worse than the abysmal norm.

My sincere hope is that she never holds a place in education again, in any capacity. She, like her other removed comrades, did more damage than they will ever know.