Roy Blunt: I will work with President Trump to reduce burdensome regulations 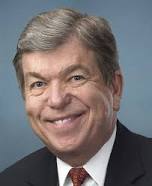 When I travel across Missouri, I hear from families, farmers, and small business owners who tell me that one of the biggest barriers to job creation and economic growth is all the red tape that is coming from federal agencies in Washington.

That’s no surprise. The Obama administration handed down a record-breaking 600 major new regulations, imposing more than $700 billion in costs on our economy.

What Washington bureaucrats don’t seem to understand is that the costs associated with these regulations will ultimately be passed on to consumers, making it more difficult for hardworking families to make ends meet.

That’s why I’ve been especially encouraged to see President Trump taking significant steps to roll back many of the most onerous Obama-era regulations that were rushed through in the last days of the administration.

To date, Congress has passed and the president has signed 13 Congressional Review Act resolutions to repeal harmful executive branch regulations, saving an estimated $10 billion over a ten-year period in regulatory costs. When combined with other executive orders the president has signed, the total annual savings could be as much as $18.8 billion, according to the American Action Forum.

Many Missourians I’ve heard from are particularly relieved that the president has signed executive orders to begin dismantling two of the most burdensome Obama administration regulations: the WOTUS Rule and so-called Clean Power Plan.

Together, these rules would have slowed economic growth and driven up the cost on everything from groceries to utility bills, and piled red tape on the farmers and ranchers we’re depending on to drive growth in the agriculture industry.

President Trump and this Congress have an historic opportunity to rein in the excessive regulatory agenda that defined the previous administration. I look forward to continuing to work with President Trump on behalf of American families, farmers, and small businesses to reduce burdensome regulations, while increasing transparency and accountability in Washington.
Posted by Randy at 8:50 AM

Finally. I am sick of all this clean air and water! And safe food...forget about it. We need to stop pussyfooting around with this silly little wall and get straight to the dome. Me and mine will live on the inside while the rest of you economically challenged can fight each other over a twinkie in the industrial wasteland on the outside.

Your comment is quite funny. I firmly believe we should not forget to stop health care funding for anyone and give the corporations all that they have paid for, that is no taxes, low wages, no workers comp, no time off. After all they need to make a decent profit because it is being cut into by paying off the likes of Blunt and Long so they can ride around in large SUV's at taxpayers cost and to make all important trips to Las Vegas to make sure Americans have a place to recreate and get good food and booze. Let us not forget all those important trips to the Carib, Europe and Asia to check out whatever. More tax abatements to corporations, higher deductions on their buildings so when the TIP's expire they can search for new cities. We, the taxpayer, are greedy and want it all and for our children to have two hands, 10 fingers and toes and to be able to breathe without wheezing.

Voters who think like the two commenters above are the real reason why we can't have nice things like we used to.


This is probably why President Trump has declared May 1 to be Loyalty Day.

Commentors like this are why Hitler became a dictator after being democratically elected.

God Bless you Senator Blunt!! These onerous regulations have to go for mankind 's very survival ; especially the USA!

You go get 'em Roy buddy!! There has to be millions you can pocket from your family of lobbyists through getting rid of these regulations. Drain that swamp right into your bank account!!