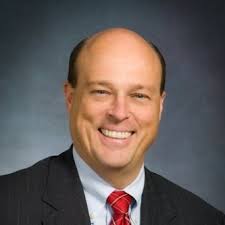 The post was published during a time when Joplin city positions were being eliminated and employees were facing an increase in their insurance rates and were getting nowhere with city officials, despite those same officials' willingness to spend money in areas that failed to benefit the city.

There is also a growing resentment that the City Council continues to rubber stamp a quarter of a million dollars a year to the Joplin Area Chamber of Commerce for economic development.

Though the money comes from a different part of the city budget, the big buck giveaway to a private entity with a president, Rob O'Brian, who pulls in a salary of more than $175,000 a year, continues to bother some employees.

One city employee told the Turner Report the anger over the way money has been spent with city employees being given short shrift has been growing for a long time and has boiled over with the announcement of job cuts and the insurance increase.

City employees have watched over the past few years as city officials have shown a willingness to throw away millions of dollars in taxpayer money on renovating Joe Becker Stadium in the pursuit of a professional baseball team, and on a shady master developer.

It should be noted that that O'Brian was responsible for serving the pursuit of a professional baseball team, predicated on a faulty study and that shady master developer to the City of Joplin and the taxpayers.

The information on O'Brian's salary I found in a Form 990 filed by the Joplin Area Chamber of Commerce with the Internal Revenue Service from 2015.

The most recent Chamber 990 does not provide O'Brian's salary.
Posted by Randy at 9:46 AM

Thank you, Mr. Turner, for digging out the information on O'Brian's salary. Baffles me how it could be justified in a town of 50,000 people. Compare it to school salaries and ask who benefits from what the Chamber does ...

Obviously 12:38 does not understand our politics in a modern world. It is not what you do it is who you know and kiss up to in this area. How can anyone be incensed about that salary and not be a little miffed over what Billy Long gets paid? he world of politics has been totally upset to favor a select few. I cannot believe he wants to quit a $175K salary for that of state officeholder. Probably has his eyes set on US post, you think?

They should use some of that money to give our law enforcement officers a raise,they are out there risking their lives for us and this guy is making more than 10 times their yearly salary?
Wow! Something majorly wrong with that.
Our City Manager/City Council/Mayor are all ridiculously corrupt, for the most part. I'm not saying everyone of the council members are, but they all need to be scrutinized.


I will NOT be voting for this guy.
I'm Casting my vote for Bill White.

It’s all Republican politics. Chambers of Commerce are in lock step with the party line. If you do t like his way with local money, what do you think he’ll do with State money. Don’t vote for him!!!

1020: it's about integrity,both parties are lacking ethical leaders but then they are but a reflection of a society that takes little interest in how their government operates,get INVOLVED.