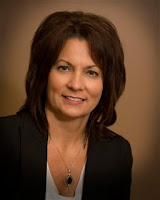 A 3 p.m. April 3 pre-trial conference has been scheduled in Jasper County Circuit Court for one of the last lawsuits of the C. J. Huff era at the Joplin R-8 School District.

A month later, despite a notice that said Dukes' complaint had been confirmed, Smith pressured Dukes into quitting, holding the threat of a bad job reference over her head, according to the lawsuit.


Smith and Huff signed a document in which Dukes swore not to sue for sexual harassment in return for a "neutral job reference" and four weeks of severance pay.

After a fellow employee told her she should talk to someone about the harassment, Dukes scheduled an appointment with Smith on December 13, 2013.

During that interview, Dukes told her story and played recordings of the harassing calls from Coleman, according to the petition. Smith said she would begin an investigation.

Six days later, Dukes was placed on administrative leave for allegations of misconduct.

On Monday, January 13, 2014, during what is described as an "uncomfortable meeting" between Smith and Dukes, "Ms. Smith, by way of pressure and coercion, talked Ms. Dukes into signing a mutual separation agreement and release."

During the meeting, Smith asked Dukes if she had looked for work and "don't you think it would be best if you found another place to work," adding "no one wants to work with you any more."


Smith also gave Dukes a letter in which she said her investigation indicated Coleman had violated board policy. "An investigation of the grievance has been completed and the district finds adequate substantiation exists to support an infraction of board policy.

"At Joplin Schools, we are committed to providing a learning and working environment that is free from harassment and discrimination. All participants in the educational process are expected to follow policies and administrative procedures of the district. Subsequently, the district has responded with the appropriate actionable measures."

Dukes signed the "mutual separation agreement" in which she "hereby releases and forever discharges the Joplin Schools Board of Education, its employees, its affiliates and subsidiaries, together with their respective directors, officers, agents, employees, and board of director, from any and all claims or other causes of action she may have against them relating to or arising out of Doris Kathrine Dukes' employment with Schol, including, but not limited to any claim of sexual harassment, or hostile work environment, or retaliation related to filing sexual harassment complaints, or any other cause of action related to her employment or her separation of employment, Missouri Statutes or Federal Constitution.

"The Joplin Schools hereby agrees to accept her resignation and will provide a neutral letter of reference consistent with policy. As and for additional consideration, the Joplin Schools shall pay the amount of $2,820.80 representing four weeks' pay less all required withholdings.


"As and for additional consideration herein, Doris Kathrine Dukes, hereby voluntarily resigns from her employment with the Joplin Schools, effective this date, January 14, 2014."

In the district's response to the lawsuit, lawyer Karl Blanchard asked that the lawsuit be dismissed because it "fails to state a cause of action" on which either relief or punitive damages can be awarded.

The district's documents also included a statement from Tina Smith saying she had received a grievance saying that Dukes herself had been guilty of sexual harassment.
Posted by Randy at 8:06 AM

Settle out of court and move on,Huff and team are the "gift that keeps costing "...thank Landis,Banwart,Steele and Sharp. .has Huff found another community to "inspire"?

I have tried to keep believing that the education field was basically good at heart. Now I see that it's one of the most cutthroat environments, career wise. People w college degrees conducting themselves like Junior High students and getting paid for it.

What position did or does Herbie hold? Teacher? Custodian? Lovebug?